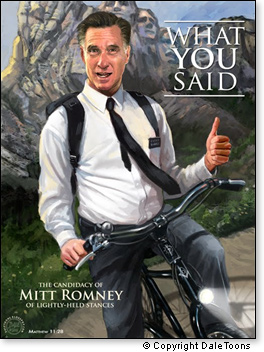 Even more than controversial Mormon doctrine, Mormon culture is the pervasive influence in the LDS church that produces what insiders call "cultural Mormons" like Mitt.

Because of its highly controlling nature — arguably the most controlling among modern religions — Mormon culture deserves to be closely examined if voters are to appreciate who Mitt Romney is, and why he thinks and behaves the way he does.

In this installment of our series on Mormonism, we'll try to come to grips with the essence of the church's influential culture. We'll go into more detail in upcoming discussions.

It's important to stress up front that it's the culture of the LDS church that determines Mormons' commonly-held beliefs — not the other way around. To be a "Mormon" is mainly to buy into the longstanding traditions and values that typify Mormon society. LDS doctrine, on the other hand, with its often curious elements — is secondary to the social environment that binds members together.

This kind of dichotomy between culture and doctrine could be said of many other groups and religions, of course. But in the LDS church, doctrine clearly takes a back seat to the culture — pure and simple — so the doctrine becomes even harder to define accurately than the culture, which itself defies casual analysis.

Hence the difficulty most people, including Mormons, have pinning down exactly what the church is, and what it believes.

As we note in "Who is Mitt Romney" (Feb. 10, 2012), this results in a decidedly relativistic doctrinal tradition.

In fact, in the LDS church, the prevailing culture is in reality a repudiation of the official doctrine of the church — resulting in most of the questionable beliefs for which the church is generally known.

The more substantive official tenets of the church — those consistent with biblical Christianity — are largely unknown to outsiders, and only superficially appreciated by most members.

With that overview of our challenge, let's compare LDS culture and doctrine, and try to make sense of things.

As I mentioned in my previous piece on Romney, Mormon culture emphasizes conformity by LDS members to the authoritarian control of church leaders — who more often than not believe they "have a divine right to impose their will on others." This tradition has long defied the official canon of church doctrine.

Even those leaders who recognize the doctrinal limitations of their authority are prone to be overbearing, due to pressure at all levels of the church to keep members dependent on their leaders. For church members, there's no escaping the long-held tradition of submission to church authorities as an implicit duty of membership. The social pressures to conform are very real.

Curiously, LDS doctrine absolutely forbids — in strong language — such authoritarianism, and the dependency on human authority it spawns.

One familiar (but largely ignored) passage in the church's canon warns that when Mormon leaders undertake to "exercise control or dominion or compulsion upon the souls of the children of men, in any degree of unrighteousness, behold, the heavens withdraw themselves; the Spirit of the Lord is grieved; and when it is withdrawn," the authority of those leaders becomes null and void. (See D&C 121:34-37)

Another passage in the canon states that the church's official purpose is to liberate members from reliance on "the arm of flesh" — so that "man should not counsel his fellow man," but "that every man might speak in the name of God the Lord, even the Savior of the world," through direct reliance on Jesus Christ and his "everlasting covenant" of the gospel. (See D&C 1:17-23.)

Still another passage says: "Cursed is he that putteth his trust in man, or maketh flesh his arm, or shall hearken unto the precepts of men, save their precepts shall be given by the power of the Holy Ghost" (2 Ne. 28:31) — a passage that is to be understood in the context of a verse a few chapters later that leaves it to the individual to decide when someone is speaking for God (see 2 Ne. 32:5).

There are ample similar passages in the church's canon of doctrine forbidding reliance on leaders above reliance on God. Yet the culture of the church continually gravitates toward the first and deemphasizes the second.

You could explain such disparity between doctrine and practice by noting that the church is overseen by lay members elevated to high position and given inordinate authority to "represent God" — individuals who themselves tend to be products of Mormon culture and do not necessarily understand the church's canon.

In that cultural mix, you could also add the element of human nature. The church's canon emphasizes that "it is the nature and disposition of almost all men, as soon as they get a little authority, as they suppose, they will immediately begin to exercise unrighteous dominion" (D&C 121:39). When people are given to believe they have authority to speak for God, the potential for mischief obviously multiplies.

The crux of LDS doctrine

Let me stress that I can understand the intense aversion evangelical Christians generally hold toward purported LDS doctrine. But I would submit that it's actually the culture of Mormonism (rather than the doctrine) that is more problematic.

Properly understood and defined — using the church's official canon — the core of LDS doctrine is in fact very "evangelical" in its tone and substance, emphasizing personal surrender to Jesus Christ above all other values. LDS culture, on the other hand, tends to ignore that core and focus instead on virtual worship of leaders who are presumed to speak for God by virtue of their church callings. This phenomenon results in willful submission by members to church control, and to ungodly dependency on church authorities, who are viewed as virtual "demigods" authorized to tell members what to think, believe, and do in every detail of their lives.

As I point out in my book A Mormon Story, the central message of the LDS church is the need for all persons to "come unto Christ" and be "spiritually reborn" by the power of the Holy Ghost — fully, not just partially, and not just professed, but for real — if they want to be saved. The Book of Mormon stresses this repeatedly, and teaches that Christ sacrificed His life precisely to make possible such rebirth, and the resultant childlike reliance on Him that rebirth makes possible, 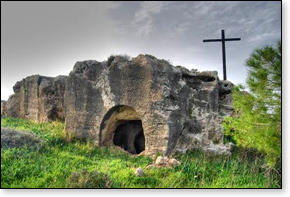 so all mankind might have a way to overcome their fallen condition and, through Christ's Spirit, know for themselves "all things what [they] should do" (2 Ne. 32:5).