February 14, 2010
Dawn Eden, author of The Thrill of the Chaste: Finding Fulfillment While Keeping Your Clothes On, was featured and quoted in my Feb. 10 column.

She wanted to make the following additional comments:

'In your last column, you asked me whether my concerns over the appropriation of Saul Alinsky's Rules for Radicals for conservative ends, as in the work of James O'Keefe (which William Doino and I criticized in our article 'Tricks Are for Kids'), extended to the efforts of Lila Rose's Live Action. I pointed out some differences between Rose's approach and that of O'Keefe, and added that, while O'Keefe had expressed open admiration of Rules for Radicals, I had not read any quotes from Rose about modeling her activism on that of Alinsky.

'Since then, a reader of yours has pointed out that Rose favorably quoted Saul Alinsky in a speech.

'Upon reflection, I realize I should have thought through the concerns that Doino and I made in our original article, and considered how they were relevant to the work of Live Action. We noted that Alinsky's tactics ran directly counter to St. Paul's dictum that we cannot do evil that good may come. Live Action's work, like O'Keefe's, uses the means of lying and deception in order to accomplish a good, which in their case is pointing out the lying and deception of Planned Parenthood.

'I was once fired from my job as a newspaper copy editor after I made an unauthorized factual change to a story in order to add a pro-life angle that was not the reporter's intention. Many pro-lifers supported me after my firing, and I will always be grateful to them for helping me at a time when I was down. However, what I did  breaking my employer's chain of command  was wrong, despite my good intentions and any good that God may have permitted to result from it. It was only by the Lord's grace, partly exhibited through the charity of those who were willing to give me a second chance, that I managed to regain a footing in the working world. 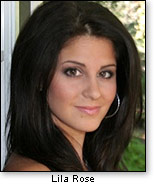 'Perhaps that is why I feel so strongly, as William and I wrote, that, rather than 'pranking' evildoers a la Alinsky, one should pursue 'a more fruitful path of activism ... that emphasizes prayer, fasting, reparation and charity.' It is also why I told you that 'the O'Keefe arrest marks an opportunity for all of us in the pro-life media to do some soul-searching on how we can best use our gifts to positively affect generations to come.'

'However, it is important to emphasize that, despite my and William's ideas of what constitutes fruitful activism, each person has to discern his calling for himself. Most importantly, even given the best or best-intended human efforts, lasting change is effected only by God, not us.'

I did contact Live Action to see if they wanted to respond to Eden's comments, but as of the time this column was submitted for posting, I have not heard back from them. However, should they respond in the next several days, I will print their comments in a future column.

"Who was Saul Alinksy?"