I don't wish to per se defend Mel's behavior in recent times  he's made some poor choices, including driving drunk and his toxic relationship with Oksana Grigorieva  but I can't help but think that, based on his outbursts, he may have a psychological disorder in addition to his alcoholism. Bipolar disorder is a distinct possibility, and I don't say this lightly.

You see, while I don't suffer from bipolar disorder, I have battled depression and obsessive-compulsive disorder (OCD) for a number of years, and I can tell you, it's no picnic. There are days when I just want to throw in the towel, so to speak. The internalized pain, which I've usually been able to hide from friends and acquaintances, is sometimes severe. In fact, it's a rare day when I experience total peace; you could say I'm a "noisy soul." And, of course, these "demons" have adversely affected my jobs and relationships. (I don't drink alcohol, but if I did, I'd likely be an alcoholic.) It's not something one can just "pray away," either. Believe me. I've tried.

Now, please understand: I'm not suggesting that a psychological disorder or an addiction gives the person suffering from that disorder/addiction carte blanche to sin or commit a crime; or that it absolves him or her of being morally responsible for particular acts. However, it may, under certain circumstances, lessen culpability from a moral perspective.

Also, in no way am I suggesting that my sufferings are worse than others. I'm no victim. There are many people whose crosses are much heavier than mine. Still, to me, my sufferings are significant and, at times, debilitating. 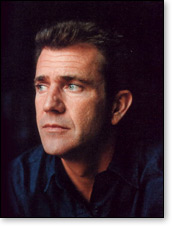 Back to Mel's situation. Is he a racist? I don't know; hopefully not. Is he an anti-Semite? I don't know; hopefully not. Did he physically abuse Oksana on at least one occasion? The police investigation is apparently ongoing. I don't feel sorry for him, that's for darn sure. Yet I do feel sorry for his children and siblings, including his brother Chris, whom I quoted several years ago, during the height of the Passion of the Christ controversy, in a column titled "Mel Gibson's brother thanks rabbi, defends father." I'm sure this is a difficult time for them.

Mel's a talented actor and director (and no, he's not a good role model for Catholics), but he needs spiritual and psychological help, if he isn't already seeking it. It's nothing to be ashamed of  I had to seek it. And it has nothing to do with being "right-wing" or "left-wing." Just think of what often happens to those who don't seek help when they should.

Pray that none of us succumb to our own demons.

Oh...one more thing: I'm normally not one for ad-hominem attacks  forgive me  but I must say that the pro-life, pro-family Christian-bashing Frank Rich of The New York Times is still a jackass.

"Mel Gibson: Wake up, Samson, the media is upon you!"