November 21, 2010
The news about Pope Benedict's latest remarks on condom use has indeed caused a stir, but it's really not what I'd consider a major story. Notice he did not say that it's OK to practice contraception. Now that would be a major story. (It won't happen, of course.)

So what did the pope actually say on the subject? Click here to read the pertinent excerpt from Light of the World.

Not surprisingly, various media outlets have been misrepresenting the pope's remarks. It's an about-face, they claim. Well, no. The problem is, the pope is delving into an area of moral theology that many members of the secular media probably don't care to understand, as evidenced by the oft-quoted "Catholic" dissenters being asked for their reactions and, er, expertise. It's not something that can be properly explained in sound bites, but that's precisely what's happening. 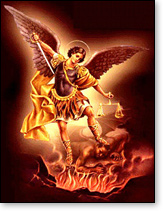 Incidentally, I'm reminded of the "Is it morally permissible for a Catholic woman who may be in persistent danger of being raped (i.e. a missionary) to use barrier contraception as a means of preventing pregnancy resulting from the possible rape?" debate heard in the past. Even among orthodox Catholics, there is some disagreement about how said question is answered.

But back to the condom story.

Considering the media often disregard the nuances of Catholic moral teaching — and the Vatican certainly knows this — I have to wonder about the prudence of making such remarks in an interview format. However, I realize that Pope Benedict can't possibly say, and do, everything perfectly in every single situation. More importantly, we know he can't promulgate error in matters of faith and morals; the Holy Spirit prevents it.

I wouldn't be surprised if a Vatican "clarification" is issued in the coming days.