December 18, 2010
The following is a brief interview with Christian public relations expert Tom Ciesielka on how we Christians should defend the true message of Christmas in our increasingly secularized world.

What specific things can we do to bring attention back to Christ on Christmas?

TC: Many Christian groups often work to set up Nativity Scenes in public places, such as the entrances to state capitol buildings or in public plazas. While most people know the baby in the manger is Jesus Christ, they often don't know the entire story. I recommend that signage accompany the display explaining how Jesus came into the world as a baby and left it as the King of kings. He came into the world to redeem us from our sins — not to give us a season for shopping sprees.

How should Christians respond to those who say "Don't say 'Merry Christmas!'"? 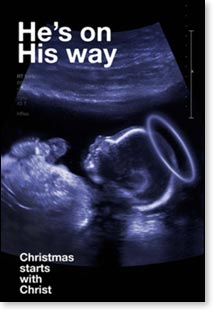 TC: That depends on who makes the statement. If it's a friend, neighbor or relative, I'd ask questions to understand why they take that position. For example: "How do you interpret the national holiday celebrated on December 25?" or "What significance do you see in this season?" Listen well; then follow up with, "Thanks — may I share why I think it's important to think of this as the Christmas season?" Most people are willing to listen once they've been heard.

What about responding to those who protest the Nativity Scene being displayed in a public area?

TC: For those who want to do the research, U.S. courts have affirmed the right to public displays of religious symbols at public and government venues. The issue always boils down to: Who paid for the display, and are other religions, even atheists, allowed to display their message as well? Actually, I encourage others to put up messages and symbols next to Our Lord. He can defend Himself, even in the hearts of those who don't yet believe in Him.

What about those who actively try to suppress the Christian message of Christmas, such as by posting atheistic messages near Nativity Scenes?

TC: As Christians, our response should always be: We're here to share a gift of eternal life and peace with Our Lord Jesus Christ during our time on earth — and turning all your sorrow into joy. That's a pretty attractive response.

When sending out Christmas cards, should we try to be mindful of others' religious affiliations and send cards that say "Happy Holidays" instead of "Merry Christmas"?

TC: Personally, if I know someone is Jewish, I'd consider sending a Hanukkah card. If someone is a Buddhist or Mormon, I'd likely send a Christmas card, unless I knew it would cause them to stop speaking to me because they felt I was shoving my religion down their throats. The great thing about Our Lord is that He met people where they were at. If someone was at Jewish temple, He spoke to them through the word of the prophets in the Hebrew scripture. If he was speaking with His followers, He would use parables with familiar information to bridge the known in the physical world to that of the spiritual realm. If he met a woman at a well, He talked about water and how He is the Water of Life; Water that will quench your thirst for eternity. Just because it's Christmas doesn't mean we need to reinvent the best ways to share the gospel. Jesus Christ is the Savior for all seasons.

(Tom Ciesielka is president of TC Public Relations. He has over 25 years of marketing and public relations experience working with individual lawyers and mid-sized law firms. He is also a former board member of the Legal Marketing Association in Chicago and has spoken at the Chicago Bar Association's CLE programs. Reach him at tc@tcpr.net.)