December 19, 2010
Sad to say, I'm afraid Congress has just infected our military with "spiritual AIDS," if you will, by repealing DADT — much to the delight of the homosexualists in our midst.

Archbishop Timothy Broglio, of the Archdiocese for the Military Services, wrote in June 2010 (excerpted; click here for his full statement):

'What exactly is the meaning of a change? No one can deny that persons with a homosexual orientation are already in the military. Does the proposed change authorize these individuals to engage in activities considered immoral not only by the Catholic Church, but also by many other religious groups? Will there be changes in the living conditions, especially in the AOR? 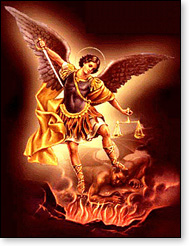 'There is no doubt that morality and the corresponding good moral decisions have an effect on unit cohesion and the overall morale of the troops and effectiveness of the mission. This archdiocese exists to serve those who serve and it assists them by advocating moral behavior. The military must find ways to promote that behavior and develop strong prohibitions against any immoral activity that would jeopardize morale, good morals, unit cohesion and every other factor that weakens the mission. So also must a firm effort be made to avoid any injustices that may inadvertently develop because individuals or groups are put in living situations that are an affront to good common sense.

'I think that those questions require an adequate response. The effect of a repeal of the current legislation has the potential of being enormous and overwhelming. Nothing should be changed until there is certainty that morale will not suffer. Sacrificing the moral beliefs of individuals or their living conditions to respond to merely political considerations is neither just nor prudent especially for the armed forces at a time of war. Catholics believe that nothing will be done if there is a careful and prudent evaluation of the effects of a change.

'For years, those struggling with alcoholism have benefitted from Alcoholics Anonymous. Like homosexuality, there is rarely a cure. There is a control through a process, which is guarded by absolute secrecy. It is an equivalent to 'don't ask, don't tell.' The process has worked well for some time without the charge that it is discriminatory.'

Robert Moynihan, editor of Inside the Vatican magazine, writes:

'In a dramatic move today to pass controversial legislation during December prior to the arrival of more conservative legislators in January, the U.S. Senate passed legislation permitting open homosexuality in the U.S. military for the first time. The military has been operating under a 'don't ask, don't tell' policy introduced as a compromise under President Bill Clinton in 1993, in which homosexuals were allowed to serve as long as they did not openly live a homosexual lifestyle.

'Prior to 1993, homosexuality or homosexual activity was reason to be discharged from military service. The effect of this legislation is to make homosexuality much more 'mainstream' in American culture and society than it has been up until now. A likely consequence will be increased pressure for approval nationwide of homosexual marriage.'

'American conservatives remain willfully blind to big picture. They do so because clarity of sight — and foresight — would compel courageous and unpleasant action on their parts. If American conservatives would pull their heads out of the sand, they would understand what homosexuals understand: The homosexualization of the military constitutes a seismic cultural shift. Unfortunately, it's a destructive shift, and responsibility for this travesty rests in large part at the feet of conservatives who choose acquiescence over truth. Unless the church awakens from its moral slumber, we will bequeath to our children a cultural legacy of diminished freedom and unspeakable cultural depravity.'

'What a twisted understanding of integrity has been revealed by those who have pushed for the repeal of DADT. Aubrey Sarvis, executive director of the homosexual Servicemembers Legal Defense Network, said that 'Congress has taken an extraordinary step on behalf of men and women who've been denied their rightful integrity for too long.' So, Sarvis believes that engaging in sodomy doesn't compromise their integrity, but not talking about engaging in sodomy does compromise their integrity. Toto, I'm sure we're not in Kansas anymore.'

Meanwhile, abortions in the U.S. increased in recent years and Planned Parenthood still receives a lot of government money (click here for the story).

Our Lady of Good Help, pray for us.

Parents and Friends of Ex-Gays and Gays

The Committee on Family and Social Health