January 18, 2011
Do you know what happens when you don't pay your exorcist? You get repossessed!

A little Catholic humor. Sorry. Couldn't resist. I can't take credit for it, though. Brian, whoever and wherever you are, you got a good laugh out of me. My kinda' humor. Come to think of it, maybe my corny sense of humor is why I'm still single (I can just hear my critics saying, "No, you're still single because you're a right-wing nut!"), but I digress...

Battling the devil is serious business, despite what Hollywood has done to sensationalize it. Yet it must be said that there's obviously enough interest in the subject, even among non-Catholics, to warrant a few feature films, including the forthcoming flick The Rite, loosely based on the book of the same name by Matt Baglio.

At a recent Catholic Citizens of Illinois luncheon, Father Jeffrey Grob, the official exorcist for the Archdiocese of Chicago — and a likeable, down-to-earth priest — gave an interesting talk on the subject of the devil and exorcism. (Incidentally, the previous exorcist for the archdiocese left the priesthood in the last few years.)

Father Grob knows his stuff. He even assisted the prosecution in the case of Father Gerald Robinson, the Toledo priest convicted in 2006 for the ritualistic murder of a nun in 1980. It is believed that Father Robinson was involved in a satanic ring comprised of clergy and others. And no, it's not part of the "satanic panic" of years past. 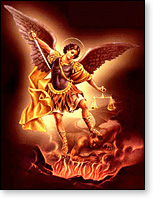 Sergeant Forrester called Father Michael Billian at the Catholic Center in Toledo and said he had a few questions about the occult. He offered no further explanation, but the chancellor assumed it had something to do with the Father Robinson case.

Father Billian suggested he call Father Jeffrey Grob, a Roman Catholic priest in the Archdiocese of Chicago who was researching his doctoral dissertation on the ritual of exorcism. Father Grob was the associate vicar for canonical services for the archdiocese and also served as assistant to the exorcist.

Sergeant Forrester called Father Grob and ended up talking with him for nearly two hours. Two weeks later, he drove to Chicago to meet with the priest, and after that Father Grob made several trips to Toledo to examine the crime scene and evidence, and to consult with the cold-case team. From the start, Father Grob told detectives that there were strong indications that Sister Margaret Ann Pahl's murder had been an occult killing....

For Christians, he said, the cross symbolizes the death of Jesus, their Messiah, who sacrificed his life by being nailed to a cross 2,000 years ago. For Satanists and others who are out to mock Christianity, the inverted cross is a powerful symbol.

Sister Margaret Ann's killer had taken a cross and placed it, upside down, over her barely beating heart while the nun lay immobile on the sacristy floor, then plunged a dagger nine times into her chest, tracing the outline of the anti-Christian symbol of an upside down cross.

'It's been part of the Catholic tradition. Unfortunately, the other way to look at it is that for centuries now the image has been usurped and is used in satanic worship'.....

Were there other symbols of an occult killing, the detectives asked him. 'Where does one begin?' he replied. 'We're talking about a woman who had consecrated her life to God, who was the bride of Christ, who was, I presume, in a virginal state, forsaking all others. To be so degraded and violated, it was not only an affront to the person of Sister Margaret Ann Pahl, but it was an affront to so many things,' Father Grob said....

Father Grob said it also was significant that the killer covered Sister Margaret Ann with an altar cloth before stabbing her. In Catholic liturgy, when the priest consecrates the bread and wine — literally transforming them into the body and blood of Christ — he does so over the altar of sacrifice, which is covered with a cloth.

'The altar cloth is something to cover the altar, the place where the sacrifice is going to take place,' Father Grob said. 'When the altar cloth was placed over the dying or deceased person, the person herself then becomes the altar of sacrifice.' The penetration of both the altar cloth and the victim's flesh with a blade is itself a dark symbol, he said....

With all the symbols surrounding the nun's murder, investigators still had one disturbing question: Could a Roman Catholic priest actually be involved in satanic worship and commit a ritual sacrifice?

Indeed. And remember, ladies and gentlemen: The devil never sleeps.