Matt C. Abbott
The Achilles' heel of the pro-life movement

January 28, 2011
Just what is the Achilles' heel of the pro-life movement? I'll give you a hint: It begins with the letter "c."

Michael Voris of RealCatholicTV.com — who deserves the support of all orthodox Catholics, in my humble opinion — once again hits the nail on the head in a segment titled "The Divided House."

The following is the text (indented) of Voris' segment:

Hello everyone, and welcome to the Vortex, where lies and falsehoods are trapped and exposed. I'm Michael Voris. 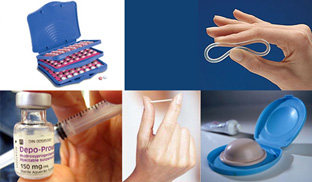 Abortion and contraception are intertwined. They always have been. Even the opposing side — the child-killers — agree with that. In fact, their entire business plan is built around that fact. The evidence is so obvious, it's ridiculous. The more contraception is an acceptable fact of life, the more people will engage is sex. That's the whole point of contraception. Have sex as much as you want without the consequences.

But the dirty little secret that the pro-death side doesn't advertise is that there is a built in failure rate with contraception which varies depending on which method a couple uses. But the math is inescapable. Let's say the failure rate is 5 percent — and that's being very conservative. But let's just agree that's the average.

A couple might think twice about having sex without any 'protection,' but will be more inclined to have sex if they think it's 'safe' and they're 'protected' from the consequences. Eventually, the odds catch up with a couple and they conceive a child. Now what?

Well, if you think the reasoning here is flawed, then take it up with the U.S. Supreme Court, which said back in 1992: 'In some critical respects abortion is of the same character as the decision to use contraception. For two decades of economic and social developments, people have organized intimate relationships and made choices that define their views of themselves and their places in society, in reliance on the availability of abortion in the event that contraception should fail.'

The U.S. Supreme Court let abortion stand in part as a means to deal with the 'problem' of failed contraception. Anyone who thinks abortion is unrelated to contraception is too high to even talk to. The infamous Roe v. Wade ruling followed on the nearly as infamous, but not as well-known, Griswold v. Connecticut ruling a few years earlier, which struck down anti-contraception laws around the country. Yep, it was contraception being legalized by the courts that cleared the way for abortion to be legalized by the courts. That shouldn't come as a surprise.

And this presents a crisis situation for the pro-life movement. It is a divided house right now, on a national level and a state level. For a pro-life group to not oppose contraception is fatal. Abortion flows from contraception, both in practice and mentality ... physically and psychologically.

The contraception issue, for a number of reasons, is the Achilles' heel of the pro-life movement, and the difference is highlighted along religious lines. Protestantism as a whole accepts contraception; Catholicism rejects it.

This is the reason many of the state right-to-life organizations, for all the wonderful work they do, will continue to fall short in the big goal of outlawing abortion. And it's why faithful Catholics in the pro-life camp are continually frustrated — contraception and the contraceptive mentality are inherently Protestant positions. 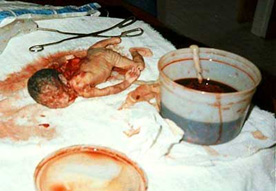 For century after century, Catholics rejected contraception as contrary to the Divine Will. After Martin Luther and his resultant revolution tore millions of souls away from the Church divinely established by Almighty God, even these new types of Christians continued to accept the Catholic teaching that contraception is evil.

For 400 years they accepted it. Then, in 1930, the Church of England, founded on divorce and murder by King Henry VIII, finally caved in and accepted contraception on a limited basis. But it was enough. Within 30 years almost every major Protestant ecclesial community caved in. Only the Catholic Church remained stalwart, protected by the Holy Spirit, and declared what followers of Christ had held from the beginning: Sex is for pro-creation and union between man and wife. Not for pleasure detached from these truths.

And that was that. A few years after Pope Paul VI magnificently laid out this truth in his encyclical Humanae Vitae, for which he was vilified by modernist and heretical Catholics, abortion swept over Western Civilization and Roe v. Wade became the law of the land in the U.S.

This is the reality of what has happened as a result of Martin Luther's rebellion against the truth of the Faith. Hundreds and hundreds of millions of children have been executed. Abortion is legal because contraception is legal. If you don't believe the Catholic Church, check with the U.S. Supreme Court.

Voris did a related segment, "The Third Rail" (click here to see it on YouTube), which is also worth quoting at length (text is indented):

We certainly seemed to have hit a nerve with the recent Vortex episodes about contraception and the link with abortion. Not only have a number of people sent us supporting 'At last, someone saying it like it is!' type messages, but we've also heard from people in the Church that contraception is the third rail issue in parish life.

The third rail, by the way, is a reference to trains. There are the two rails they run on and the third rail that supplies the power. Touch that rail, and you die. Hence the expression in politics, the third rail ends your political career.

Well, in parish life, and higher up the food chain, so to speak, in the Church, contraception is the third rail. I'd like to read you an e-mail that we received that illustrates the point. We changed names for privacy.

I just watched your episode on contraception. It reminds me of something I heard in a homily, if you can believe it.

Back in 2002, we had a transitional deacon give a homily, as he sometimes did. His homily was on — wait for it — contraception. He spoke on how the acceptance of contraception would lead us to start disbelieving in everything else the Church teaches, and not just on abortion. By rejecting the Church teaching on contraception, we were setting ourselves up to decide what teachings we would accept or reject. This included the belief in the Real Presence.

I'm sure there were many people who were offended by his homily. The following week, I was lucky enough to see him before Mass, and stopped him as he was going into the Church. I told him how wonderful his homily was. As I was telling him this, tears filled his eyes. I don't know if it was simply that someone appreciated what he'd said, or if there was something more to it.

That deacon never gave another homily, and was soon gone from the parish. I'd heard that he was to be ordained in the summer (this was mid-winter). I found it strange that he was not heard from again, and I wonder if the fairly-liberal bishop had run roughshod over him for what he'd said.

Our pastor, in all these years, has never mentioned abortion, contraception, or the Real Presence. He has, at least, touched on confession. He's not the worst, to be sure, but I think he goes along to get along. I believe, as you stated, that the contraception issue is the 'third rail' in dioceses, even in some of the good ones like ours. It's a crying shame.

Keep up the good work,

The Catholic Church cannot have third rail issues. The truth and only the truth can be proclaimed as such, and there can never be fear in proclaiming the truth. A lot of what passes for prudence in the Church these days is really fear or politics in disguise. A lot of what passes for charity is actually cowardice in not wanting to say what you know is gonna' get you lambasted.

Tough. Say it like it is and what needs to be said. After all, the lives of millions of babies are at stake, not to mention millions of more souls.