'With the beatification of John Paul II to take place on Sunday, few people realize his role in the most controversial papal encyclical of the 20th century, Humanae Vitae, issued by Paul VI on June 30, 1968. John XXIII, Paul VI's predecessor, had established the Papal Commission on Human Reproduction to look at population questions and to re-examine the Church's opposition to contraception. This was expanded under Paul VI.

'In 1966 the vast majority of the 72 members recommended an acceptance of this practice [contraception] by the Church. A minority of only seven persons on the commission — four theologians, two bishops and a cardinal — asked for the traditional teaching to be upheld. (Of course, the commission was merely consultative.) It seemed the Church was going to join the modern age. However, two years later, with the release of the encyclical, Paul VI shocked the world by reiterating the Church's traditional teaching that contraception is intrinsically immoral and contrary to human dignity.

'Paul VI had been reading the writings of a young Polish bishop by the name of Karol Wojtyla, who in 1960 published a book titled Love and Responsibility. The book advocated the traditional view, but it also introduced a novel argument which found its way into the encyclical: that contraception is not consonant with the dignity of the human person.

'Many religious writers attribute the present day crisis in the Church to the terrible dissent that followed in the wake of Humanae Vitae, with whole bishops' conferences like those in Austria and Canada (the Winnipeg Statement) opposing the encyclical. Subsequent decades witnessed massive defections from the Catholic Faith: a terrible decline in priestly and religious vocations, liturgical anarchy, and relativist catechesis, creating a whole generation of ignorant young Catholics — not to mention the many Catholic couples who practice contraception, often at the encouragement of their clergy.

'Paul VI's prophecies about what would happen if contraception became accepted in society have proven true. In fact, Austrian chemist Carl Djerassi, who invented 'the pill,' has said that it created demographic suicide.' 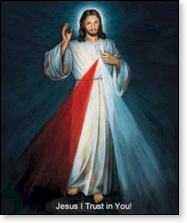 'This Sunday, May 1, His Holiness Pope Benedict XVI will solemnly declare that John Paul II is a blessed, and as such can be venerated as an intercessor and as a model of Christian life. As the date to celebrate the beatification of his predecessor, and with great wisdom, Pope Benedict chose the Octave of Easter, the day we also celebrate the Divine Mercy of Jesus, and as Providence would have it, the feast of St. Joseph the Worker.

'John Paul II had a great devotion to this avocation of Jesus based on the revelations to St. Faustina Kowalska. His title of glory is his constant and integral defense of life and family, following the teaching of Saint Paul. For those of us who have received a call from the Lord to defend life and family, his beatification is a profoundly encouraging gesture of the Church, affirming the fundamental importance of our work. Let us take the opportunity afforded by his beatification to reflect upon and draw encouragement from some of his many writings and teachings.

'The Holy Father proclaimed and developed Church doctrine on life and family in magisterial documents such as Familiaris Consortio and Evangelium Vitae, but these themes were also constantly present in many of his addresses and homilies....

'[John Paul II] was fully aware that those who are completely committed to the integral defense of life are an ill understood and rejected minority. In 1987 at the Conference on the Right of Life in Europe he underlined in prophetic tones that being a minority should not discourage us. He showed how history demonstrates that real cultural changes only come from the actions of a minority that is ready to suffer extreme sacrifices. So we should never be discouraged, knowing as he said to HLI's founder, Father Paul Marx, 'You are doing the most important work on Earth.' This should serve as strong encouragement to all of us that we are committed to the pro-life mission of the Church....'