August 10, 2011
The following is a reflection (slightly edited) from a practicing Catholic husband and father on the pain of divorce — unwanted on his part. For prudential reasons, I'm keeping his identity anonymous.

'I can only say that my wife and I began our marriage 33 years ago pledging to live with less pottage. Despite that beginning, I see little fruit at the present moment. At our wedding we combined the Christian version of the Shakertown Pledge ('Pledge Toward a Church of the Beatitudes') into our program. We later joined the lay missionary effort and served in impoverished communities in Appalachia, using our God-given skills to support ourselves while serving our less-advantaged neighbors, and tithing generously.

'But while we may have begun on a solid, joint mission as a couple, as our children came into our lives, our core values were put to the test. My wife, a graduate of two liberal universities, became certain that her maternal prerogative was to establish the spiritual and material parameters of our children's universe with or without her husband's agreement — and eventually, with the court's assistance and with our bishop's approval, without her husband (except by means of court-approved visitation with the remaining minor children).

'Much has been written about how Catholicism is in decline, that church attendance is dismal, with open rebellion against central doctrines (contraception, abortion) being tolerated in public by Catholic figures in politics and in entertainment. Little is said by bishops to correct open dissent by Catholics in the public eye.

'The silence of bishops correcting heresy, apostasy, and dissent in our culture has taught my wife and our three children that their father takes his faith too seriously and that it is their right to give lip-service (if even that!) to Catholicism per their mother's direction. Like the patriotic Knights of Columbus, who tolerate dissenting Catholic leaders among their ranks while bishops are silent, my wife/our children view their father as an 'old-school, Roman Catholic freak' for my attention to core Catholic doctrine and belief.

'But the arguments that ensued (before my wife's abandonment) when I held my ground against my wife's liberal yearnings for our children and their growing privileges at puberty and beyond led to my being labeled 'emotionally abusive' toward my spouse. There is no place among feminists for a father who wishes to exercise spiritual headship in his household if it encroaches upon his wife and children's 'happy time.' There is little room for Church dogma in any household where local bishops are silent on abuses. By their tacit approval, bishops teach: 'Better a family abortion (read: divorce) than an unhappy family where dad tries to argue for Catholic values!'

'Is it honorable for bishops to promote so-called pro-life values for the child in the womb only to later rescind respect for birthed-children and allow the child's world to be aborted by divorce? 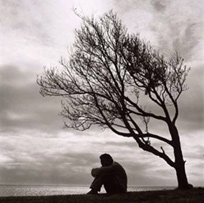 'I had 11 years of private, parochial education before going public in my education. My wife had 17 years of public education plus another 15 years of exposure as a teacher in the public school system. This unseen difference is my estimate of the substance of a significant divergence of our respective views over what is sacred versus what is profane and in how we differed over raising our children.

'I entrusted the time my wife had while she tutored and cared for our children the first few years of their lives before entering kindergarten, and afterward over the summer months she spent with them on leave from her teaching position while I worked year-round. But differences between our values became evident as our oldest child entered puberty.

'Living rurally in the South, there was no option for our children to attend Catholic schools. I thought that with my wife's support we would be able to provide for the spiritual needs of our children as they grew. I was mistaken as it became increasingly clear with each passing year.

'The bishop approved my wife's divorce and abandonment of our common household. The bishop's priests told my wife that aborting our family was OK. Had we remained a couple, the children would have learned from the many and lively discussions over ethics, morals, and religion between my wife and I. Perhaps they would still practice their faith openly. Who can say? Surely they would at least have a better knowledge of what their faith teaches than what they have gleaned after divorce from 'happy times with mom.'

'All our children are now young adults. I still take my parental responsibilities seriously and pray for them daily. I try to use what few loaves and fish our Lord supplies to nourish and to instruct them in the faith when possible. But why should the example of their bishops make our children take their faith seriously?

'My wife lives in open bigamy with a man she calls their stepfather. He, too, is divorced. I've been told by my bishop that it is none of my business whether the legal stepfather of my children has an annulment from his first wife. My wife is treated better than me by our bishop — except that (as far as I know) she is expected to abstain from receiving Holy Communion. To what effect? Do not our children see the example that for mom and stepdad to live with an illicit spouse is more important than receiving the Body and Blood of our Lord?

'What of the example of Catholic marriage? Despite my wife and I observing the customs and practices of Catholic marriage — even planning our wedding Mass readings and some prayers — the silence of the Church as I live as a married single is ignored by most. In fact, I am regarded, again, as 'old school' for continuing to honor our marital vows, for abstaining from dating, for appealing my wife's petition for an annulment, for not wanting to get an annulment, and for not wanting to remarry.

'For her part, my wife is welcomed to attend Mass, to sing in the choir in front of the congregation, and to serve in other parish organizations. There is no stigma attached to the fact that she lives with another parishioner, a divorcee, as her second husband. Do not children learn more from example than from what is said? Is not my personal example being contradicted by the bishop's approval of my wife's lifestyle?

'I'm not holding myself out as either a martyr or as an example — each believer must follow his or her own conscience. If parents were to hear homilies on a regular basis reminding them that they are the primary educators of their children in the faith, and that the best education they can give their children is the sincere, reciprocal and enduring love of each parent for the other — but I've never heard such a homily in any Catholic parish, even less heard one repeated....

'The first instance Sentence [of the annulment] by the diocese was appealed to the Roman Rota, where it has stalled for the past several years. I can't afford a private canon law attorney, so I'm waiting for the pittance of representation I'm being granted by a quasi-English-speaking Italian advocate appointed for me by the Rota. I haven't been able to contact her by phone or email for the past two years for any update.

'Canons 1060 and 1061.3 uphold the validity of the marriage until proven otherwise, which won't have occurred until the Rota gives two concurring decisions. We currently have a 'putatively-valid marriage' that could be ratified by dispensation, sanation, etc., if my wife were willing to reconcile versus commit bigamy.

'Since my re-read of Malachi 2, I've become convinced that God not only has a hatred for divorce; He also has a binding, preferential-option toward first spouses. Despite a minimum of seven canon laws leading tribunal members to encourage reconciliation among dissonant spouses, I've never heard a single word of encouragement from anyone. Like no-fault divorce, once one spouse sets the wheels in motion petitioning annulment, the tribunal steers its engine to roll toward their null decree. It seems Martin Luther's theology is what guides marriage in AmChurch. Given the bishops' silence, how could my wife and children think any differently?'

"The effects of divorce on children"

"Divorce, annulments, and the Catholic Church"

Our Lady of Cana