September 23, 2011
In light of the recent end to the military's "don't ask, don't tell" policy, I sought comment from Mission Capodanno, an organization dedicated to assisting Catholics who serve in the military.

'In reality, DADT isn't exclusively a military issue or policy. It reflects the legal battles raging within our country and individual states surrounding the redefining of marriage, family and civil unions. The Church, certainly the Archdiocese for the Military Services and Archbishop Timothy Broglio, cautioned against DADT's repeal [click here]. Now we will deal with the sad consequences of ignoring that clear and reasoned advice [click here]. 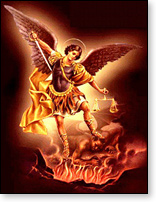 'Sexual orientation is secondary to applying Catholic moral teaching primarily; chastity and the purification of thought are the only real solutions, regardless of heterosexual or homosexual orientation. Anything less offered as a solution, such as the repeal of DADT, simply misses the mark. If anything, the repeal may further justify the Church's position that chastity remains the only solution.

'Though the repeal of DADT likely will generate difficult situations, it will certainly provide another platform for faithful Catholics in the military to be living witnesses to the application of their faith. We encourage increased prayers for the practice of chastity and authentic mutual respect; increased receptivity to daily conversion of heart and mind in military, civilian, and government communities alike; and continued strength and good courage for all who serve.'

Judy's statement is a very good one. I do, however, want to point out that the terms "sexual orientation" and "homosexual orientation" are often used to imply that homosexuality is as natural as heterosexuality. Now, by no means am I suggesting that Judy's particular use of those terms is in any way an attempt to promote the homosexualist agenda. She clearly isn't doing that. Yet it's important that we Catholics realize that the homosexual inclination, while not sinful in itself, is still objectively disordered.

'Homosexuality refers to relations between men or between women who experience an exclusive or predominant sexual attraction toward persons of the same sex. It has taken a great variety of forms through the centuries and in different cultures. Its psychological genesis remains largely unexplained. Basing itself on Sacred Scripture, which presents homosexual acts as acts of grave depravity, tradition has always declared that 'homosexual acts are intrinsically disordered.' They are contrary to the natural law. They close the sexual act to the gift of life. They do not proceed from a genuine affective and sexual complementarity. Under no circumstances can they be approved.

'The number of men and women who have deep-seated homosexual tendencies is not negligible. This inclination, which is objectively disordered, constitutes for most of them a trial. They must be accepted with respect, compassion, and sensitivity. Every sign of unjust discrimination in their regard should be avoided. These persons are called to fulfill God's will in their lives and, if they are Christians, to unite to the sacrifice of the Lord's Cross the difficulties they may encounter from their condition.' [emphasis mine]

Click here to visit the website of Mission Capodanno and to read Cardinal Raymond Burke's Sept. 3, 2011 homily on the Servant of God Father Vincent Robert Capodanno. God bless the work of this organization.


Much has been written in recent days about the current situation of Father Frank Pavone of Priests for Life. I recommend reading Catholic journalist Phil Lawler's excellent analysis of the matter by clicking here.

Carry on — and please pray for me and my loved ones.