November 4, 2011
From an Oct. 31 opinion piece in The New York Times, written by I. Glenn Cohen and Jonathan F. Will (click here to read the full commentary):

'On Nov. 8, Mississippi voters will be asked to decide on a proposed amendment to the state constitution, which would define as a person 'every human being from the moment of fertilization, cloning, or the functional equivalent thereof.'

'Most of the debate on this proposal has fallen on traditional lines. In our charged political climate, that is understandable, but it is also profoundly misleading. Whether one supports abortion rights or not, there are serious issues with this amendment — not because of the principles it seeks to represent, but because, as a legal matter, it is profoundly ambiguous....

'Mississippi voters, whatever their views on abortion, deserve an amendment that is clear on its face. This is not such an amendment.'

'The purpose of a personhood amendment should be to recognize the human rights of all persons, born and preborn, from the beginning of their existence until death. The entire effort to focus on human rights has been more or less hijacked in Mississippi because the language of the amendment itself is unwieldy. 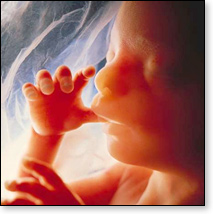 'One of the reasons why American Life League insists on clear language such as 'biological beginning' or 'creation' is that definitions are key and today's embryology textbooks and experts have made it clear that the word 'fertilization' refers to a process. This means that many preborn babies who are asexually reproduced, for example, will not have the blessing of having their human rights protected by a proposal like the one being promoted in Mississippi.

'Further, it is true that once an amendment is in place in a state constitution, the lawmakers of the state must address what sort of laws need to be in place to enforce the provision in the amendment, such as protection of human rights for all individual human beings.

'What the personhood movement needs is consistency in language and an unassailable set of apologetics; sadly, both are lacking in Mississippi.'

'A certain Scripture comes to mind about straining the gnat and swallowing the camel. We have a holocaust on our hands because an entire segment of humanity [preborn babies] are defined as non-persons. It's time to start reversing that mistake, however imperfect we think those efforts may be. The children whose arms are being torn off and whose heads are being crushed don't have time for ivory tower conundrums to get in the way of their protection.'