February 12, 2012
(As I was putting this column together, news broke that pop-singer Whitney Houston has died at the young age of 48. In her prime, Houston had a fabulous voice and was hugely successful in the music industry. Sadly, in more recent years she struggled with drug and alcohol addiction. If you so desire, say a prayer for the repose of her soul.)

Catholic journalist Michael Voris of Real [Well, I guess I shouldn't include the C------- word here on orders from the Archdiocese of Detroit] TV.com recently completed a trip to Nigeria, a country in West Africa whose Christian population has been under attack by Muslim extremists.

But that's not the only problem there, as Voris points out in a recent segment filmed on location in Nigeria. Below is the text of Voris' segment "Obama's Africa," the video of which can be found by clicking here. 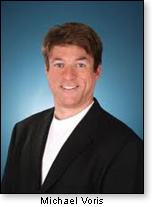 Hello everyone, and welcome to The Vortex, where lies and falsehoods are trapped and exposed. I'm Michael Voris coming to you from the heart of Nigeria.

As the nations of Africa slowly emerge from poverty, burdened by a crushing debt from the West and massive political corruption, there is another consideration to take into account when assessing this continent. It has long been a target of the sponsors of eugenics. The inhabitants here, like poorer people throughout history, are deemed, by and large, as undesirable.

This is seen most clearly by the policies of the Obama administration, which continues to tie financial aid to a country's willingness to approve of abortion, sterilization and contraception. And if those three killers aren't enough, the White House is now deploying a full-court press to twist the arms of African nations to become approving of militant homosexuality.

Not content with limiting his efforts to redefine the culture of the United States with his rabid support for child-killing and sodomy, Obama wants to extend his legacy to Africa.

In fact, he has already scored some major success here.

Last year, he sent his Catholic vice president, Joe Biden, to Kenya to press for passage of a pro-abortion national constitution. The carrot, if Kenya passed it, foreign dollars would flow in. If not, no money. Kenya passed it, and it was cheers and high fives all around at 1600 Pennsylvania Avenue.

Obama has Secretary of State Hillary Clinton, a woman more dangerous to life in the womb than her husband Bill Clinton, on near constant globe-trotting missions to push for abortion and sterilization programs anywhere they can be enacted.

All these policies, of course, fly under the banner of various so-called rights: women's rights, reproductive rights, human rights — and they are taking their toll in Africa as attitudes are changing, albeit slowly.

But not all has been victory for Obama. A short while ago, Nigerians turned back a move to legitimize militant homosexuality, and, so far, they have been able to keep Obama ally Planned Parenthood at bay. But faithful Catholics here are growing ever more concerned as they notice Western influences becoming more established in their homeland.

And practically all of those influences are cultural and coming from the United States, from movies, with their glorification of casual sex, to rap music and R&B, with its driving beat of sexual sins. All of this, as well as other cultural influences, tills the ground and prepares it to accept a loosening of moral standards just as it has throughout the United States and Europe.

When sexual morality has eroded sufficiently, then contraception, abortion, [and] open homosexuality easily find a place in the hearts and minds — and finally the practices — of the people.

Obama and those like him have seen this plan work perfectly in the Westernized nations, and have now turned their "guns" toward Africa as well as other parts of the Third World. Despite its lessening economic might, for the moment, America is still King of the Hill, and because of this supremacy, it wields a very powerful weapon in foreign policy.

If Obama gets another four years at the helm, Nigerians specifically and Africans in general can expect the war of political genocide against them to continue along side the cultural battle already in high gear.

When the "social justice" Catholic crowd back in the United States starts it crowing about the need to re-elect Obama, Catholic voters [must] not be taken in this time like they were in 2008. Obama has no concern for society, other than to totally re-fashion it, and any pretense to care about justice is just that: a pretense.

When American Catholics cast their votes this fall, they need to keep in mind that Catholics in other nations have a stake in this election as well.