'On August 1, 2011, Kathleen Sebelius, the Secretary of Health and Human Services (HHS) proposed that all employers should be required to provide free contraception, sterilization and abortion-inducing drug coverage for all employees. On January 20, 2012, the offending regulation was issued. Almost immediately, a storm of protest arose. Employers objected to paying for contraceptives and sterilizations. Critics of the mandate pointed out that this violated their religious liberties.

'In response, President Obama proposed an alternate solution. Instead of forcing employers to pay for these things directly, the federal government would merely force employers to buy insurance only from those companies that cover contraception and sterilization.

'We have a right to be free of government interference in how we handle our affairs. In order to help people understand the issues involved, Bridegroom Press has created two different pamphlets that can be used to educate and inform Americans.'


One of Kellmeyer's pamphlets is titled "Eight Problems With The HHS Mandate," the image of which can be seen below.

The other pamphlet is titled "The HHS Mandate vs. America's Catholic Freedom."

Click here for more information about these two pamphlets. 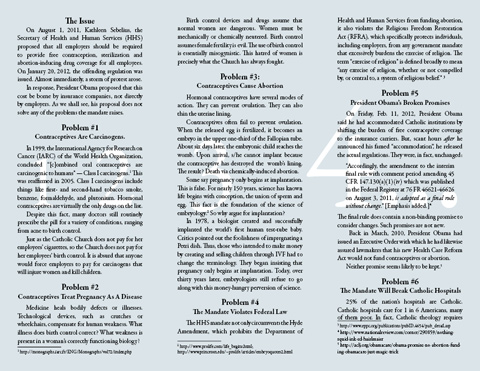 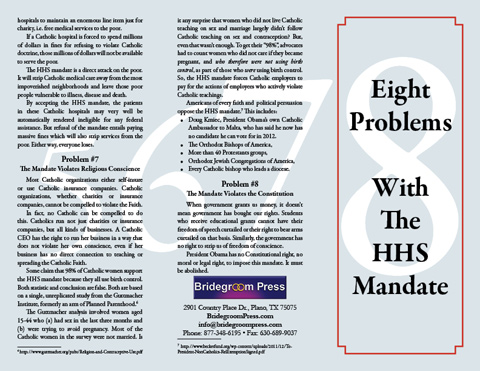