Divorce is a grave offense against the natural law. It claims to break the contract, to which the spouses freely consented, to live with each other till death. Divorce does injury to the covenant of salvation, of which sacramental marriage is the sign. Contracting a new union, even if it is recognized by civil law, adds to the gravity of the rupture: the remarried spouse is then in a situation of public and permanent adultery: If a husband, separated from his wife, approaches another woman, he is an adulterer because he makes that woman commit adultery, and the woman who lives with him is an adulteress, because she has drawn another's husband to herself. (2384)

Divorce is immoral also because it introduces disorder into the family and into society. This disorder brings grave harm to the deserted spouse, to children traumatized by the separation of their parents and often torn between them, and because of its contagious effect which makes it truly a plague on society. (2385)


Catholics who want to curb divorce are providing a way for faithful spouses to invoke the authority of the Church to intervene. Pope Benedict XVI recently reminded the Church of her responsibility to practice fraternal correction. Mary's Advocates, a non-profit organization, is offering a Vindicate Rights Petition so that any spouse can ask the Church to exercise pastoral discipline in their particular marriage. The petitioner can entreat the local diocesan tribunal and appeal to Rome if rejected.

Twenty-three percent of adult Catholics have experienced divorce, according to a 2007 survey commissioned by the U.S. Conference of Catholic Bishops.

'We need to start calling divorce by its proper name, which in most cases is simply marital abandonment,' says Bai Macfarlane, founder of Mary's Advocates, which is disseminating the Vindicate Rights Petition.

In Pope Benedict's 2012 Lenten message, he teaches: 'Being concerned for each other also entails being concerned for their spiritual well-being. Here I would like to mention an aspect of the Christian life, which I believe has been quite forgotten: fraternal correction in view of eternal salvation.'

Macfarlane says: 'We see too many pastors undermining fraternal correction in cases of marital abandonment. With these official petitions, we hope to help bring an end to the scandal caused locally by the response of priests and diocesan staff personnel in the face of no-fault divorce. Many faithful spouses may need to appeal to the Vatican to affect change.'

Philip Gray, JCL, says: 'In the vast majority of cases today, divorce has become an 'easy out' to avoid responsibility, pass blame, obtain revenge, or somehow justify problems in the marital relationship or between parents and children.' 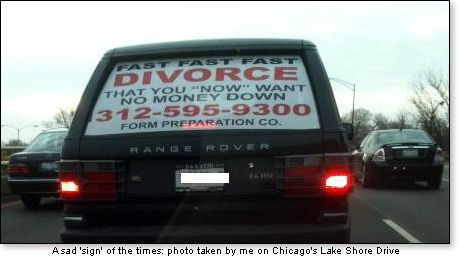 Father Chuck Zmudzinski, CPM., JCL, explains: 'I worked in a marriage tribunal for about five years and one of the reasons I eventually quit was because I did not agree with how strongly biased the tribunal officials seemed to be against the bond of matrimony. I think marriage difficulties are handled, for the most part, with too little regard for the objective importance of marriage for human society and for the Church, and with too much of an emphasis on the subjective happiness of the person who is asking for an annulment so that he or she can remarry.

'Now that almost every marriage that appears before the Church's tribunals in the U.S. ends up being declared invalid, I fear that many pastors take the side of the spouse who wants to divorce and remarry and actually encourage divorce and annulment, leaving the abandoned spouse with little or no recourse — and the children of the broken home are the greatest victims of this injustice. I would not want to be a pastor or tribunal judge who will have to answer to God for all the pain and suffering the children of divorced parents experience because of the divorces that could have been prevented with strong, pastoral leadership.'

The Vindicate Rights Petition helps an abandoned spouse to officially solicit such pastoral leadership. It includes line-by-line instructions for petitions to the diocesan tribunal and bishop, cover letters, and template letters to appeal to Vatican tribunals. The petition's instructions describe the attitude of a typical petitioner: 'The cover letter expresses your hope that, after being authoritatively instructed by the Church of his or her obligation, your abandoning spouse will choose to reconcile your marriage and even seek counsel from a good spiritual director, marriage coach, or marriage counselor.'

Gray says, 'The legal and doctrinal foundations for these petitions are well established. In my opinion, unless a petition in a particular case suffers from a defect identified in law, these cases should be accepted and heard. Not doing so would express a departure from the expectations of the natural law and the Ordinary Magisterium of the Church.'

Father Zmudzinski cautions: 'I am concerned that all too often the primary pastoral response to a troubled marriage is to encourage divorce and subsequent annulment, even in cases when such a course of action would result in a grave injustice against the abandoned spouse and the innocent children whose families and lives are broken by the divorce. In such cases, there should be a serious effort by the pastors to bring the offending spouse to repentance and save the marriage.'

Mary's Advocates explains in the petition's introduction: 'Unless admonished by the Church, your abandoning spouse gives the impression to everyone that it is not wrong for someone with a Catholic marriage to abandon marriage or force a divorce upon the family, or coerce the faithful spouse into divorce against his or her will.'

Cardinal Sarah recommended seeing the Church's activity in the world in light of 'fraternal correction in truth and charity.' [...] 'The Church is moved by a sincere concern for mankind and for the world. Her activities are not moved by a desire to condemn or recriminate, but by a justice and mercy that must also have the courage to call things by their name. Only in this way can we expose the roots of evil, which continue to intrigue the mind of modern man.'

(Bai Macfarlane is the founder of Mary's Advocates. Its mission is to strengthen marriage and eliminate no-fault divorce. The petition was released on Ash Wednesday. See www.MarysAdvocates.org/vindicate.html.)