May 3, 2012
As one who has battled depression for a number of years, it bothers me when I hear of a death by suicide. Very sad. A priest-friend of mine once said, when it comes to suicide, we just have to leave it in the mercy of God.

According to the American Foundation for Suicide Prevention:


The latest data available from the Centers for Disease Control and Prevention indicates that 36,909 suicide deaths were reported in the U.S. in 2009. This latest rise places suicide again as the tenth leading cause of death in the U.S. Nationally, the suicide rate increased 2.4 percent over 2008 to equal approximately 12.0 suicides per 100,000 people. The rate of suicide has been increasing since 2000. This is the highest rate of suicide in fifteen years.


The Catechism of the Catholic Church teaches:


Suicide contradicts the natural inclination of the human being to preserve and perpetuate his life. It is gravely contrary to the just love of self. It likewise offends love of neighbor because it unjustly breaks the ties of solidarity with family, nation, and other human societies to which we continue to have obligations. Suicide is contrary to love for the living God.

If suicide is committed with the intention of setting an example, especially to the young, it also takes on the gravity of scandal. Voluntary cooperation in suicide is contrary to the moral law. Grave psychological disturbances, anguish, or grave fear of hardship, suffering, or torture can diminish the responsibility of the one committing suicide. (2281–2282)


Father Charles Rubey, a priest of the Archdiocese of Chicago and director of Loving Outreach to Survivors of Suicide (LOSS), writes:


I have often said that people surviving a death from suicide are called upon to grapple in the world of mystery. I say that because the most obvious aspect of the mystery surrounding a death from suicide is that nagging question of why. Why my loved one? Why now? That is one of the questions that plagues most survivors as they journey the path of grief. Survivors are consumed with this issue at the beginning of their journey and they wrestle with that question for many months thereafter. I always caution survivors that there are probably no answers to that question but I also remind them not to take my word but to go down every avenue to seek the answer. Survivors are driven to many different arenas in order to seek an answer to that question. Rarely is there an adequate answer to that intriguing question and survivors go to great lengths in order to seek an answer. That is what makes suicide different from other forms of death. If a loved one died from cancer or diabetes or heart disease there would be an answer as to why a loved one died. If there was a car crash or a drowning, the cause of death would be apparent, but with suicide the cause of death is not apparent, and survivors are seeking an answer to this question. 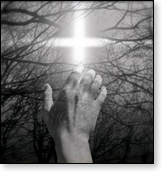 Sometimes survivors seek out those people who were around their loved one immediately prior to the death. They are hoping that these people can shed some light as to why a loved one took their life. Survivors engage in a lot of reading about suicide in order to shed some light on the death of a loved one. Reading can help in enlightening survivors about suicide, but rarely does this reading answer the key question of why. A lot of reading can point survivors in the right direction, but rarely is the reading going to provide a definitive response. That is all about the mystery surrounding suicide.

Sometimes survivors are looking for someone to blame for the death of their loved one. The blame might rest with a spouse or a coworker or a boss or some other situation that brought their loved one to the brink of despair and hopelessness. If survivors can blame someone or something other than their dear loved one then this is a little easier than resting the blame — if you want to use that word — on their dearly departed loved one. Ultimately, the responsibility for a suicide rests with the person who completed the act. They became so desperate in their pain that this was the only way out of this morass. They viewed their life as an endless life of intolerable pain and they no longer were able to endure this type of existence.

Survivors might have to visit the site where the suicide took place to see if there is anyone around who might have seen their loved one immediately prior to the suicide to see what state of mind they were in. Survivors might want to think that the death was an accident if the death occurred by jumping from a high building or jumping in front of a train. The outcome of such a situation remains the same — the death of a loved one — but the explanation is more palatable and easier to explain. It is very difficult to explain a suicide due to the fact of the stigma that oftentimes goes along with the act. Many survivors would hope that the death of their loved one was by some other means other than self-inflicted because of the ramifications of suicide on parenting skills or the state of a marriage or the state of the family life.

Survivors are looking for a rational explanation of an act that defies rationality. Survivors are trying to make sense out of a senseless act. There is no way that suicide can ever make sense to those of us who look at the world through relatively healthy eyes. Survivors ask themselves the question: What could have been so bad that my loved one wanted to end their life? I am of the opinion that if we looked at the world through the eyes of these loved ones we would do the same thing. The world was not just dark, but it was totally black, and these loved ones were drowning in the sea of hopelessness and despair; and this was going to continue for the rest of their lives and they no longer could tolerate this way of life.

I know many people who have struggled with mental illness. Their pain and anguish is very apparent as they struggle with their illness on a daily basis. What makes these sustaining individuals different from the loved ones of the LOSS family who are no longer among the living? I don't know. I know that each of them would do anything to be free of the pain of their illness. Desperation is very apparent in their voices. Suicide has crossed their minds countless times and yet they continue to live. There are thousands of people who struggle daily with the mental illness that caused the death of loved ones. It does not mean that the people who continue to struggle with the severe pain caused by mental illness are better or stronger than those who succumb to the illness. I have no explanation of why some people die from the illness and others are able to survive for years struggling on a daily basis with the same type of pain. Are those still struggling getting better care for their illness? I categorically deny that. I don't think that there is any plausible explanation why some people take their lives while others keep on struggling with the same illness and the same intensity. That is one of the mysteries of life.

Survivors continue to seek answers as to why their loved ones found life so intolerable. That is part of surviving such a traumatic loss. After awhile survivors come to the conclusion that there are no adequate answers or explanations for such a death and learn to accept that fact and live with the mystery of not knowing precisely why a loved one could no longer tolerate such pain.

As always, I want to assure each and every one of the members of the LOSS family of my thoughts and prayers on a daily basis and I encourage all of you to do the same for each other — especially for those who have recently joined our family. My prayer is that the LOSS family will allow themselves to live with the mystery of suicide while continuing to lessen the stigma connected with mental illness and suicide.