It has come to my attention from my religious superior that my comments [included in the Feb. 24 column 'Tackling the 'taboo': Catholicism and divorce'] about how marriage difficulties are handled by Catholic lay people and Catholic clergy ... have been misunderstood by some. It is not my intention to in any way impugn the good reputation of my former colleagues at the marriage Tribunal where I used to work. I declare that the staff in that Tribunal is competent and professional in their manner of handling marriage cases, and while I might disagree with some of the opinions of some of the staff about matrimonial law, I defend their right to hold and express their opinions and act on them according to their conscience, just as I hope they would defend my right to hold and express my opinions and act according to my conscience. 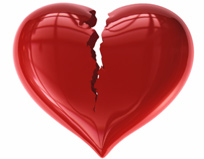 My statement that 'I am concerned that all too often the primary pastoral response to a troubled marriage is to encourage divorce and subsequent annulment, even in cases when such a course of action would result in a grave injustice against the abandoned spouse and the innocent children whose families and lives are broken by the divorce' does not mean that every priest and pastor in my area is guilty of prematurely resorting to the option of divorce and annulment. It simply means I am concerned that all too often it might happen. I think everyone can agree that if it happens only once, it happens too often.

I do not know that a high percentage of troubled marriages are handled improperly by pastors. But as a priest who has some pastoral experience with spouses in difficult marriages and some experience working in a marriage Tribunal, I do know that it is easy for a pastor or Tribunal official to succumb to a mindset that emphasizes the subjective happiness of the spouse who wants out of a marriage over and above the objective value of marriage for society and the Church and forget there is another spouse and in many cases children whose rights might be violated by resorting to the divorce-annulment option too quickly.

I would like to direct the interested reader to Dr. Edward N. Peters' apology for the American marriage Tribunal system that can be found here. He concludes that the statistical evidence on canonical marriage cases in America does not demand the conclusion that the American marriage Tribunal system has capitulated to the divorce mentality. I don't disagree with his analysis, except for the fact that it leaves out one important statistic: The percentage of marriages declared invalid by an American Tribunal but reversed by the Roman Rota.

My opinion that the divorce-annulment establishment in the United States is in need of major reforms is based primarily on the fact that a high percentage of cases from America are reversed by the Roman Rota, coupled with the fact that before a person can petition a Tribunal for a declaration of invalidity, the person must first obtain a civil divorce. If it is true that American Tribunals are willing to declare marriages invalid based on facts that, according to divine law, cannot be declared invalid, then I would argue that American Tribunals have in fact succumbed to the divorce mentality by requiring persons who want a declaration of invalidity to first get a civil divorce and then petition for a declaration of invalidity in Tribunals that are not strict enough in defining the conditions under which a marriage can legitimately be declared invalid.

Regarding my statement about the need for major reforms, I wish to emphasize that this is my opinion, not the opinion of the Fathers of Mercy, and I realize I am not responsible or competent to make a definitive judgment about the need for reform in the American marriage Tribunal system. The purpose of this post is to defend my opinion as expressed on Mary's Advocate's website [and in this column] as an opinion that has a sound basis in statistical evidence that is readily and publicly available and also an opinion that is well within the bounds of Catholic orthodoxy.