...Based on the belief that a fertilized egg is a person, some religious groups and conservative politicians say disrupting a fertilized egg's ability to attach to the uterus is abortion, 'the moral equivalent of homicide,' as Dr. Donna Harrison, who directs research for the American Association of Pro-life Obstetricians and Gynecologists, put it. Mitt Romney recently called emergency contraceptives 'abortive pills.' And two former Republican presidential candidates, Newt Gingrich and Rick Santorum, have made similar statements. 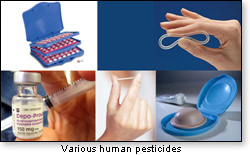 But an examination by The New York Times has found that the federally approved labels and medical Web sites do not reflect what the science shows. Studies have not established that emergency contraceptive pills prevent fertilized eggs from implanting in the womb, leading scientists say. Rather, the pills delay ovulation, the release of eggs from ovaries that occurs before eggs are fertilized, and some pills also thicken cervical mucus so sperm have trouble swimming.

It turns out that the politically charged debate over morning-after pills and abortion, a divisive issue in this election year, is probably rooted in outdated or incorrect scientific guesses about how the pills work....


Click here to read The Times' story in its entirety.

I asked Chris Kahlenborn, M.D., internist and founder/president of The Polycarp Research Institute, to comment on the story.


In her recent article on emergency contraception, Pam Belluck cited authorities who claim that Plan B does not work by preventing implantation (i.e., early abortion). That's a very disputable claim. The reality is that if Plan B is given close to the time of ovulation, it has little efficacy in preventing ovulation, and any efficacy would likely be due to an abortifacient effect.

This research is supported (ironically) by Dr. Croxatto — an advocate for Plan B — who found that levonorgestrel (Plan B) given within 48 hours of ovulation only definitely stopped ovulation in 12 percent of cases (Croxatto et al, Contraception 2004; 442-450.)

Bottom line: Plan B works likely at times by causing an early abortion, and the claim that it effectively stops ovulation or fertilization is not supported by the medical literature. Plan B should be labeled what it in fact is: an abortion pill.


Regarding the (im)morality of contraception in general, the Catechism of the Catholic Church teaches (2370, 2399):


Periodic continence, that is, the methods of birth regulation based on self-observation and the use of infertile periods, is in conformity with the objective criteria of morality. These methods respect the bodies of the spouses, encourage tenderness between them, and favor the education of an authentic freedom. In contrast, 'every action which, whether in anticipation of the conjugal act, or in its accomplishment, or in the development of its natural consequences, proposes, whether as an end or as a means, to render procreation impossible,' is intrinsically evil:

Thus the innate language that expresses the total reciprocal self-giving of husband and wife is overlaid, through contraception, by an objectively contradictory language, namely, that of not giving oneself totally to the other. This leads not only to a positive refusal to be open to life but also to a falsification of the inner truth of conjugal love, which is called upon to give itself in personal totality.... The difference, both anthropological and moral, between contraception and recourse to the rhythm of the cycle ... involves in the final analysis two irreconcilable concepts of the human person and of human sexuality.