July 13, 2012
Dr. Anthony J. Caruso is a Chicago-area Catholic physician who has an ambitious and praiseworthy plan: to establish the St. Anne Center for Reproductive Health, whose mission "is to promote the health and well-being of the local population by providing accessible, high-quality medical care for people of all ages, following the model set forth by the Magisterium of the Catholic Church."

"I am a board certified Reproductive Endocrinologist who practiced in the [in vitro fertilization] world for 15 years. After seeing the damage that these treatments were causing couples and the complete commodification of life, fueled by a deeper understanding of my Roman Catholic faith, I left the field in 2010. I am currently praying for an end to the culture of death, and hoping to one day have the funding to open the St. Anne Center for Reproductive Heath, to provide options for people with challenges to conceive with support and care to follow God's will."

From the executive summary for the proposed center: 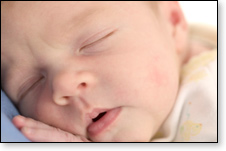 Dr. Caruso will focus on diagnosing and treating obstetrical, gynecological and reproductive conditions of all ages while emphasizing reproductive medicine and the overall health and wellness of his patients. The clinic will utilize new equipment and a trained staff that will be able to optimize the care of each patient. He understands that there are many factors that can affect health, including exercise, diet, environment and heredity. The St. Anne Center for Reproductive Health will try to provide the most comprehensive medical care possible in order to optimize the care and well-being of each patient.

Dr. Caruso will also carry out minor procedures in his office, but only after both risks and benefits have been explained and understood and written consent has been obtained from the patient. He will also refer patients to Alexian Brothers Medical Center for radiologic and blood testing, and for inpatient and outpatient surgical cases as necessary.

There are only five other established practice models similar to the St. Anne Center: one in Omaha, Neb., Milwaukee, Wis., and Manhattan, N.Y. There is a center within the University of Utah. There is also a center within the Ascension Health family located in the Lourdes Health Network in Washington State. We project a gradually increasing patient load over the first several years, as we find our place in the community.


On the topic of Natural Family Planning, Dr. Caruso observes: "It is not that NFP is not licit. Nor that it is not a great means of becoming aware of the female cycle. However, all too often, in the quest for spacing, we forget that it is important to cooperate with God. Too much reliance on NFP is no different that any other contraceptive device. Just think about it."

Excellent point! Even though NFP is approved by the Church, it nonetheless is possible to abuse it. But what exactly would constitute such abuse? That's a debatable aspect which, in my view, is best left between the priest-confessor (assuming he's faithful to Church teaching, of course) and the married couple.


Periodic continence, that is, the methods of birth regulation based on self-observation and the use of infertile periods, is in conformity with the objective criteria of morality. These methods respect the bodies of the spouses, encourage tenderness between them, and favor the education of an authentic freedom. In contrast, 'every action which, whether in anticipation of the conjugal act, or in its accomplishment, or in the development of its natural consequences, proposes, whether as an end or as a means, to render procreation impossible' is intrinsically evil:

Thus the innate language that expresses the total reciprocal self-giving of husband and wife is overlaid, through contraception, by an objectively contradictory language, namely, that of not giving oneself totally to the other. This leads not only to a positive refusal to be open to life but also to a falsification of the inner truth of conjugal love, which is called upon to give itself in personal totality.... The difference, both anthropological and moral, between contraception and recourse to the rhythm of the cycle...involves in the final analysis two irreconcilable concepts of the human person and of human sexuality.

Techniques that entail the dissociation of husband and wife, by the intrusion of a person other than the couple (donation of sperm or ovum, surrogate uterus), are gravely immoral. These techniques (heterologous artificial insemination and fertilization) infringe the child's right to be born of a father and mother known to him and bound to each other by marriage. They betray the spouses' 'right to become a father and a mother only through each other.'

Techniques involving only the married couple (homologous artificial insemination and fertilization) are perhaps less reprehensible, yet remain morally unacceptable. They dissociate the sexual act from the procreative act. The act which brings the child into existence is no longer an act by which two persons give themselves to one another, but one that 'entrusts the life and identity of the embryo into the power of doctors and biologists and establishes the domination of technology over the origin and destiny of the human person. Such a relationship of domination is in itself contrary to the dignity and equality that must be common to parents and children.' 'Under the moral aspect procreation is deprived of its proper perfection when it is not willed as the fruit of the conjugal act, that is to say, of the specific act of the spouses' union....Only respect for the link between the meanings of the conjugal act and respect for the unity of the human being make possible procreation in conformity with the dignity of the person.'