September 2, 2012
First, please pray for the repose of the souls of two dedicated pro-lifers who died recently: Richard Herner, of Aurora, Ill., and James Vincent Connelly, father of 16 (he and his wife of 54 years raised eight biological children, adopted seven more and were foster parents to many others) and grandfather of 22. Requiescant in pace.


More often than not, the police treat peaceful pro-life protestors in a fair manner. But there are times when they don't. Two recent examples of the latter are below.

On Aug. 28, John Jansen of the Chicago-based Pro-Life Action League wrote on the organization's website-blog:


Charges were dismissed this morning against pro-life sidewalk counselor Anna Marie Mesia, who was arrested by Chicago Police July 26 for an act of 'simple battery' allegedly committed outside of the Albany Medical/Surgical Center abortion facility the previous day — when she wasn't even there.

As previously reported, Mesia was among a group of pro-lifers who were praying and sidewalk counseling outside the Albany facility on the morning of July 26 when two Chicago Police cars arrived around 10:15 a.m., and three officers entered the building. 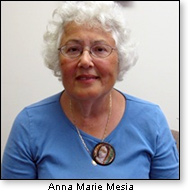 Anna Marie said that she wasn't even there that day — and, in fact, hadn't been there since the previous Thursday, July 19. But her protests were of no avail, and she was arrested anyway.

Mesia was represented in Cook County Circuit Court by the Chicago-based Thomas More Society Pro-Life Law Center. The judge had no choice but to dismiss the case against her because neither Maracich — officially listed in the arrest report as a witness — nor any alleged victim appeared in court. Imagine that.

As for Mesia, she's been back at sidewalk counseling since the day after she was arrested, and her resolve has only been strengthened by the experience of her wrongful arrest. If the intention of the abortion clinic was to scare off the highly effective Mesia from continuing sidewalk counseling, they've failed miserably. What's more, Albany Medical/Surgical Center may soon find itself served with a malicious prosecution lawsuit.


The Pro-Life Action League reported yesterday that the man who attacked pro-life activist Kevin Rilott during an August 16 Face the Truth tour in Rockford, Illinois still has not been arrested. 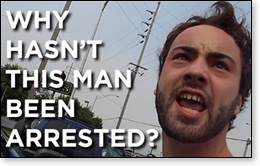 One would think this would have been an open-and-shut case, considering that the entire incident was caught on video — which includes a clear image of the license plate of the car the assailant was traveling in — and shown to the police officers who arrived on the scene. Rilott was then told the case would be handed over to a detective, and the Rockford Police would be in contact with him.

I spoke with Rilott today. It's now been two weeks since the assault against him, and the Rockford Police still have not contacted him. So this morning, he called the Rockford Police Detective Bureau to find out the status of the investigation — and he was told that his case has not yet been assigned to a detective.


For information about and/or to contact the Pro-Life Action League, visit www.prolifeaction.org.