December 19, 2012
It's not just the U.S. that needs many prayers; so does the Philippines.


After a 14-year and often-heated battle, the Philippines House of Representatives and the Senate passed the controversial Reproductive Health (RH) bill on third and final reading on Monday, December 17. The legislation, which calls for government-funded contraception and sex education classes, now goes to final committee before heading to the desk of President Benigno Aquino, who has supported the bill....


Apollo F. Salle, a Filipino-American who's active in the respect life ministry at Christ the King Church in Hillside, N.J., had this to say about this most unfortunate development:


As much as the thought horrifies me, the culture of death has finally reached the shores of the Philippines. And the Philippines finally has its version of Roe v. Wade.

I was watching a news segment about the passage of this most God-awful RH bill on The Filipino Channel. Filipino Sen. Vicente Sotto, one of the leading pro-life voices in the Philippine Senate, remarked on the Senate floor, 'God the Father, forgive them, for they know not what they're doing!'

Filipino men, a great many of whom are notorious for having macho, chauvinistic behavior toward women, will, no doubt about it, be more emboldened to engage in sexual escapades more freely than before. They now know the Filipino women they so successfully used for their masculine pleasure will be the same ones who will show them the avenues of escape from having to face the humongous duties and responsibilities of being fathers (in other words, Filipino men, from here on, can now 'play' without 'paying').

Not to mention the fact that the numbers of Filipino women facing the horrendous side effects of the contraceptives will definitely have a dramatic increase. During the annual March for Life in Washington, D.C., my heart breaks each time I see those women carrying this gigantic black-and-white placards proclaiming 'I Regret My Abortion.'

It chills my spine to think that, several years afterwards, I will also see Filipino women carrying those placards in Manila. In the years past, I had been hoping with all my heart that Filipino women will never find it necessary to carry such placards. I guess such hope of mine just got dashed to the ground. 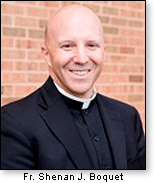 This is terrible news for the Philippines and for the world. The wealthy Western elites who find in the children of the developing world only a threat to be eliminated appear to have won their most coveted crown. They used their billions to exploit the famously corrupt political environment of the last pro-life and pro-family nation in Asia.

Several Catholic bishops and many priests of the Philippines have been strong and vocal in their opposition to this destructive bill, and they have welcomed support from other religious groups as well. We hope that the Catholic Church in the Philippines will redouble her efforts to publicly protect the faithful, and that she will support lay leaders and politicians who will continue the fight on the streets and in the courts. The battle is not over, it is only entering a new stage.

It is extremely important that this principle be kept in mind: compromise with evil never leads to unity. Going forward it is worth taking note of what happened when contraception was widely adopted in the United States and there were calls within the Church for compromise with the culture, as if it were the Church's responsibility to conform itself to the age. (cf. Rom 12)

First, the calls to fully legalize abortion immediately increased, despite the assurances of the promoters of contraception that its acceptance would lead to a cease fire in the already raging war over abortion. Not only did this cease fire not happen, but there were no grounds on which the Church could effectively oppose its legalization. We now have some of the most liberal national abortion laws in the world.

What also followed was not a period of peace and acceptance of the Church. Instead we saw only increased attacks on the faith, the confusion and departure of many of the faithful, and the diminishing of the Church's moral authority. The compromise that many sought within the Church did not lead to greater collegiality; it led to greater division and attack.

The only true unity will occur in charity and truth. We cannot accept false compromises from those who seek the marginalization of the Church and the Filipino family, and those Catholic politicians who supported the RH Bill should know that there are spiritual consequences for doing so.

Prayer and fasting remain the greatest weapons in our arsenal, and will help shape the practical steps that must be taken. Human Life International stands proudly with the Church and the champions of life and family in the Philippines as the battle enters this new stage.