...Many studies indicate, and my own pastoral experience suggests, that the stigma associated with mental illness and its treatment prevents many from seeking and obtaining the help they or their loved ones need. Mental illness and mood disorders are likely one of the greatest untreated sources of suffering in contemporary society. But in focusing on a real human problem like mental illness (and its treatment) — a problem that likely was a contributing factor to this tragedy — you can't score points for your perpetually-preferred political agenda. Caring for persons requires personal sacrifice, not the faux care seemingly provided by the impersonal forces of politics and public policy, which is offered from a distance and seldom truly helpful to those presently in need.


I agree that mental health is something that should be given more attention in our society. I realize, however, that there is no easy solution. Original sin brought physical and moral evil — physical and mental illness — into the world, and there's no escaping it in this life. Of course, with God, all things are possible. That much we know. God is in control, even when it seems like He's abandoned us.

In regard to good mental health, a new book titled The Catholic Guide to Depression: How the Saints, the Sacraments, and Psychiatry Can Help You Break Its Grip and Find Happiness Again, by Aaron Kheriaty, M.D., and Monsignor John Cihak, has piqued my interest. I've struggled with depression for a number of years, and while many people are well-intentioned in giving advice, it's been difficult to get truly helpful information on the subject.

Below are excerpts from the introduction to The Catholic Guide to Depression. Thanks to Sophia Institute Press for allowing me to reprint this material. Click here to order a copy of the book in either paperback or electronic format.

The Problem of Depression
Depression is a disturbance — often serious and sometimes life threatening — in a person's psychological and physical functioning. This description is only a starting point, however, for depression is a complex condition that cannot be described exclusively using a disease-based model alone. The science of medicine has taught us much about depression, but the full story of this affliction is more complicated. Depression is often caused and influenced by, in addition to biological and psychological factors, various social, cultural, and spiritual factors, some quite complex. Because it is multifaceted, depression requires several complementary perspectives to understand, address, and cure it adequately. We will return to these factors throughout the course of this book.

Regardless of how we understand depression's causes and cures, it is clear that the burden of depression worldwide is tremendous. Among the serious and chronic mental illnesses, depression is the most frequently occurring. Research strongly suggests, moreover, that depression exerts the greatest societal burden of all the psychiatric disorders. The World Health Organization ranks depression fourth among the ten leading causes of disease burden globally; it is expected to rise to second on that list in the next twenty years. As one psychiatric researcher and clinician put it, we now live in an "age of melancholy." 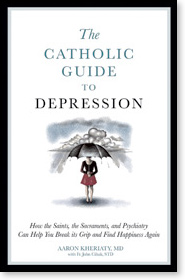 For someone who has not experienced it firsthand, the suffering associated with depression is difficult to appreciate. I recall a patient, a woman in her seventies, who had suffered bouts of severe depression and also suffered from a cancer that had nearly killed her. The cancer was eventually cured after a long period of physical pain and grueling chemotherapy. She told me, however, that if she could choose between going through the cancer or enduring another episode of clinical depression, she would choose the cancer in an instant. "The suffering caused by depression was far, far worse," she explained. A few years after she stopped coming to me for treatment, I heard from another colleague that while in the midst of another serious depressive episode, this patient had taken her own life. She was a practicing Catholic. She left behind a husband, five children, and several grandchildren.

The very word depression probably does not do justice to the reality of this affliction. The term suggests a slight dip on a flat surface, like a "depression" in the road. The experience of depression, by contrast, is not just a dip, but a dark and miserable pit. It is an intense and serious cause of mental, physical, and spiritual suffering....

This book is written by a Catholic and is especially intended for Catholics and other Christians. On matters of faith and morals, this book remains faithful to the teachings of the Catholic Church. Yet I am convinced that Protestant and Orthodox Christians will find the theological perspectives in this book congruent with their beliefs, perhaps with the exception of a few sections that discuss distinctively Catholic practices, such as the sacrament of Confession, which is not part of most Protestant denominations. The common doctrines that unite all Christians are greater than those that still separate us, and so I believe that this book can be profitably appreciated by anyone who confesses that "Jesus is Lord" (Rom. 10:9).

This book is also informed by a philosophical understanding of the human person consistent with the Christian faith. Throughout these pages, I attempt to integrate perspectives from the modern psychological and medical sciences with the teachings of Sacred Scripture and Tradition, with special attention given to the insights from the Church Fathers and saints. This book is grounded in the conviction that to know ourselves fully as human beings, we must know Jesus Christ. As the Second Vatican Council taught, "The truth is that only in the mystery of the incarnate Word [Jesus Christ] does the mystery of man take on light."

Some readers might wonder: what do psychiatry or psychology have to do with religion or spirituality? Would it make sense for a dermatologist to write about skin disorders from a Christian perspective? If not, then why the need for a psychiatrist to write about depression from a Christian perspective? John Paul II gave an excellent answer to this question when he said the following to a gathering of psychiatrists:


By its very nature your work often brings you to the threshold of human mystery. It involves sensitivity to the tangled workings of the human mind and heart, and openness to the ultimate concerns that give meaning to people's lives. These areas are of the utmost importance to the Church, and they call to mind the urgent need for a constructive dialogue between science and religion for the sake of shedding greater light on the mystery of man in his fullness.


This last sentence encapsulates one of the central purposes of this book. It seeks to be a constructive dialogue between science and religion for the sake of shedding greater light on the mystery of man in his fullness. More specifically, this dialogue can shed greater light on the mystery of this affliction that we call depression, so that those who suffer may seek and find more effective relief. Dermatology runs only skin deep. Psychiatry delves into the tangled workings of the human mind and heart, where people grapple with problems of self-identity, of meaning and purpose. As a result, psychiatry cannot help but dialogue with philosophy and theology, which must grapple with the same questions about who we are and why we are here....

Some afflictions currently classified as mental disorders are best understood as "diseases" in the strict sense of the term — that is, they come from disordered biological factors that lie mostly beyond one's control, such as our genes. Disorders such as schizophrenia or bipolar (formerly called manic-depressive) illness, although manifested at the psychological or behavioral level, have very strong genetic and neurobiological causes and cannot be prevented, managed, or cured through psychological means, belief, or willpower alone.

Other mental illnesses result from being at the far end of the spectrum on a normally distributed trait — such as having abnormally low intelligence, or possessing more extreme personality traits. These traits are affected by factors such as genetics and early environmental influences, which lie outside one's control or are not dependent upon religious faith. Other mental disorders are the result of trauma, including psychological trauma from devastating life experiences, or physical trauma from injuries to the brain. Obviously, these cannot be prevented by any belief system or moral practice.

Throughout history, many saints and people of heroic virtue suffered from mental illness of one sort or another. If we do not recognize this fact, we run the risk of uncharitably and unjustly stigmatizing those who suffer from depression. If the saints, the men and women closest to God who were exemplary in their faith and good works, experienced profound sorrow and even periods of depression, then it certainly follows that faith alone does not inoculate the believer against this affliction.

In the Apostles' Creed, Christians profess faith in the "resurrection of the body." We are neither disembodied souls nor simply material bodies. Rather, in each human person there is a substantial unity between soul and body, between spirit and matter. St. Thomas Aquinas explored the implications of this view with regard to human affectivity and emotional life: spirit (that is, reason and love) ought to shape our physical desires and passions, and on the other hand, the passions and emotions influence our intellect and rational capacities. This philosophical perspective, confirmed by Christian revelation, is also consistent with experimental findings from modern medical science. It is clear that there exists a profound connection between the mind and the body: what affects the one has ramifications for the other.... 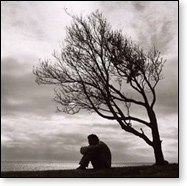 Many today would have you believe that there has been a long-standing war between science and religion. This is nonsense; it is a myth that has been mindlessly repeated since the Enlightenment with little evidence then or now to support it. Modern science itself developed only in the Christian West. Science as we understand it today emerged in human history within the cultural context of Christian faith. This is not surprising, since the very practice of scientific inquiry presupposes that the world is fundamentally lawful, rationally ordered, and therefore knowable by the human intellect. But this is precisely the sort of world that a God who is logos — word, reason, truth, intelligence — would create. Modern science grew from the soil of a Christian culture and flourished among Christian believers. There is no war between science and religion — only misunderstandings, perhaps, or skirmishes among the ill-informed or overzealous on both sides. But these need not detain us.

So also, the historical tensions between psychiatry and religion described earlier were ill conceived and unnecessary. It is time for theologians and scientists, priests and doctors, patients and physicians to learn from one another. It is my hope that by examining depression from a Catholic perspective, this book can make a contribution to that dialogue.


Click here to read an interview of the book's authors in the latest issue of Catholic World Report.