May 18, 2013
(Note: At the very end of this column are two photos of a late-term abortion committed by abortionist Douglas Karpen – another Kermit Gosnell – of the Aaron Women's Clinic in Houston, Texas. Reader discretion is advised.)

First, the outrage of the day, courtesy of The College of Saint Rose, supposedly "[r]ooted in the Roman Catholic intellectual and spiritual tradition."

From the Cardinal Newman Society's Catholic Education Daily (May 14):

'The best way to prevent future Gosnells is to treat pre-viability abortions like the ordinary, safe medical procedures they in fact are, not to engage in sexist moralizing,' writes Lemieux. 'Enacting more regulations that make safe, pre-viability abortions more scarce would be precisely the wrong lesson to take from it, and would mean more Gosnells, not fewer. Making abortion safe, legal, and accessible for all women is more important than ever.'


When questioned on a radio broadcast as to whether the governor's support for legal abortion and same-sex marriage had endangered Cuomo's status as a Catholic, Cardinal Dolan said: 'That's something that I talk turkey with him about.' The cardinal declined to elaborate.

But Joseph Zwilling, the spokesman for the New York archdiocese, assured reporters that the cardinal 'would not, and did not, suggest the governor might not be a Catholic in good standing going forward.'


Cardinal Dolan is a likeable and prayerful man, but he's been a virtual doormat for morally corrupt politicians.


The following is a portion of a recent report by Operation Rescue; click here to read the report in its entirety:


After the conviction of late-term abortionist Kermit Gosnell on murder charges, Operation Rescue has been repeatedly asked if there is any evidence that similar practices exist at abortion clinics elsewhere in the nation. That documentation has now been released.

Operation Rescue arranged to have Life Dynamics, Inc., produce a video interview ... with three informants who came to Operation Rescue as the result of our Abortion Whistleblowers Program, which offers a reward of $25,000 for information leading to the arrest and conviction of abortionists who are breaking the law. 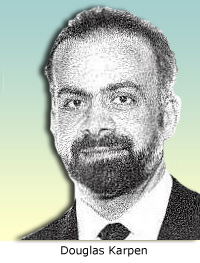 The three informants, Deborah Edge, Gigi Aguliar, and Krystal Rodriguez, have come forward to tell of their horrific experiences working for abortionist Douglas Karpen, at one of three of his Texas abortion clinics, the Aaron Women's Clinic in Houston. A fourth informant has co-operated with Operation Rescue, filing an affidavit about her experiences, but remains at this time anonymous.

As shocking as their stories are, these women did more than just talk; they brought forward evidence of illegal late-term abortions in the form of photos taken on their cell phones at the Karpen's clinic on Schumacher Lane in Houston.

The photos were scandalous. They depicted two babies aborted well beyond the legal limit of 24 weeks in Texas. Their necks had been cut.

'The photos show babies that are huge, with gashes in their necks, indicating that these babies were likely born alive, then killed, just as Kermit Gosnell did at his 'House of Horrors' clinic in Philadelphia,' said Troy Newman, president of Operation Rescue. 'In fact, there are numerous similarities between Karpen and the Gosnell case, including the disregarding of complaints by the authorities that allowed both men to continue their illegal operations.'

In both cases, the babies' skin is pink, noting a lack of masceration, an early form of decomposition that happens in babies that die in the womb. Massive bruising on the extremities of one of the babies indicates the baby's heart was pulsing with life when the trauma was inflicted likely when grasping instruments latched on to bring the baby down into the birth canal. The eyes of the other child are open in a nightmarish expression of pain, revealing development greater than 26-28 weeks. Both sets of photos were taken sometime in 2011....

From Eric Scheidler, executive director of the Pro-Life Action League:


You may have heard that notorious late-term abortionist George Tiller's old abortion clinic is re-opening in Wichita, Kansas, under the name South Wind Women's Center. But what you may not have heard is that the owner of that abortion clinic – Cheryl Chastine – works as a family practice doctor right here in Oak Park, Illinois.

When I found out the doctor trying to carry on Tiller's legacy was operating right in our own back yard, I immediately mounted a 'surprise protest' at her Oak Park office. Her clients, including a woman in advanced pregnancy, were shocked to learn their family practice doctor is an abortionist. What's more, the protest was so effective that it drew the ire of the national abortion cartel, which sent out emails to their supporters about our 'threat' to the Wichita abortion clinic.

If Chastine drops her affiliation with South Wind Women's Center, the Wichita clinic will have to close under Kansas law. You see, medical offices in Kansas have to be owned by physicians. It took abortion advocates in Wichita a long time to find Chastine – a young doctor who wasn't at all prepared for the stigma of


Scheidler plans another protest of Chastine's Oak Park office in the coming days.