November 14, 2013
First, please keep the people of the Philippines, many of whom have been suffering immensely since Typhoon Haiyan devastated the region in recent days, in your prayers. There are several humanitarian organizations to which we can donate, including Caritas in Veritate International and the Tim Tebow Foundation.

(As an aside, it saddens me that some commentators continue to mock and express contempt for the avowed Christian Tim Tebow. Case in point: A few days ago, Chicago sports talk radio personalities Terry Boers and Dan Bernstein – who have a reputation for criticizing and mocking various persons in the sports world, not to mention many of the listeners who call their show and the occasional conservative politician – were talking about Tebow possibly being a sports commentator. Even though they didn't mention Tebow by name in the segment, it was obvious who they were talking about. One of the two referred to Tebow as "a big steaming pile of dung with lips" while the other laughed. Ugh!)

Also, please pray for Catholic activist and blogger Thomas Peters, who was severely injured in a swimming accident on July 16, 2013. Click here for Thomas' recent reflection on what has occurred in regard to his life-changing injury.


The following is a brief interview with Paul C. Vitz, Ph.D., author of Faith of the Fatherless: The Psychology of Atheism. Below that is the preface (sans footnotes) to the book's 2013 edition. Thanks to Kevin Wandra of Carmel Communications for facilitating the interview with Dr. Vitz; and to Mark Brumley of Ignatius Press for allowing me to publish the book's preface in this column.

Click here to order a copy directly from the publisher.


Matt C. Abbott: I'm sure your spiritual journey has been complicated, but could you give my readers an overview of how you went from being an atheist to embracing a belief in God?

Dr. Vitz: In the late 1960s and early 1970s, as I entered my thirties, I began to think about what I stood for. I had been an atheist since my sophomore year in college after a weak Protestant upbringing. I married Timmie in 1969 and we had our first child, Rebecca, in 1971. This was a wake-up call to get serious about who I was; what kind of man and father I should be. At the time I was an assistant professor of psychology at New York University living in Greenwich Village in downtown Manhattan. Certainly not a pro-Christian environment, to put it mildly.

I didn't, however, face many basic choices: 1) be a secular liberal and worship politics; 2) Eastern/New Age religions and worship whatever always-changing spirituality seemed comfortable; 3) self-worship, careerism and no-real-meaning materialism; or 4) traditional religion, which for me meant Christianity, about which I discovered I really knew almost nothing. I had seen 1 and 2 up close as a graduate student at Stanford and in New York City, and was not impressed. As for 3, well, anyone who worships himself worships a fool, and life without any fundamental meaning was hardly appealing.

Reluctantly, I turned to Christianity and discovered a previously hidden world of great intelligence, beauty and moral challenge. All of this was never made available in college or graduate school. It took me years to recover from my education as a Ph.D.

My Christian journey led me and my wife at the same time to the Catholic Church. My wife was also an atheist when we married. God was not mentioned in our made-up vows, but God came anyway. There is, of course, much more to the story, but this is the best I can do in one paragraph. Each of our conversions has been published, e.g. Spiritual Journeys, 1988 (R. Baram, Ed.) Boston, Mass: St. Paul Books & Media.

Matt C. Abbott: Do you think atheists as well as believers will find your book of interest?

Dr. Vitz: Some truly searching atheists would probably find my book of real interest. Otherwise, no.

Matt C. Abbott: How can our society promote good fatherhood?

Dr. Vitz: The media must understand the importance of fathers and begin to cover it in a positive way. There is plenty of evidence supporting how much good fathers provide, but at present it is not politically correct.

The rejection of God in our schools is just one small example of the triumph of atheism. That such a rejection of God should have triumphed is quite remarkable – even bizarre. After all, the United States has long been known as a seriously religious country. In the 1840s, Alexis de Tocqueville clearly identified the profoundly religious character of the United States:


America is still the place where the Christian religion has kept the greatest real power over men's souls.... The religious atmosphere of the country was the first thing that struck me upon arrival in the United States.... Religion, which never intervenes directly in the government of society, should therefore be considered as the first of [America's] political institutions.


James Turner, a historian who has studied the origins of atheism in Western society and in America in particular, has pointed out that "the known unbelievers of Europe and America before the French Revolution [1789] numbered fewer than a dozen or two. For disbelief in God remained scarcely more plausible than disbelief in gravity." America remained more or less an atheist-free nation for many decades into the nineteenth century. Even in intellectual and academic circles, atheism did not become respectable until about 1870 or so, little more than a century ago, and it continued to be restricted to small numbers of intellectuals into the twentieth century. Not until the past half-century has it become a predominant public assumption. 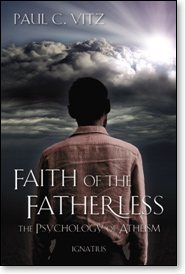 Yet even throughout these last fifty years – which is as long as the Gallup Poll has been asking the question, "Do you believe in God?" – well over 90 percent of Americans have regularly answered, "Yes." Nevertheless, references to God in public discourse have become extremely uncommon; we have become a nation of public and practical atheists. This social condition has been well described by Richard John Neuhaus as the "naked public square."

In the academic world, serious reference to God in scholarly writing – not to mention the use of notions like Providence – is altogether taboo. Abstract secular concepts such as progress, class warfare, patriarchal society, self-actualization – along with other often equally vague references to biological mechanisms, survival of the fittest, and evolution – are, however, pervasive and accepted. The situation in the academy is such that to refer to God in any serious way would bring the legitimacy of one's scholarship into question.

In general, historians agree that explicit, systematic, and public atheism is a recent and distinctively Western phenomenon and that probably no other culture has manifested such a widespread public rejection of the divine. In view of the suddenness of the public shift from accepted belief to accepted unbelief, in view of its rarity in the historical record of other cultures, and in view of the continued high prevalence of private belief in God, atheism needs to be examined and much more fully explained or understood.

The importance of atheism is, I trust, obvious since it constitutes a major determinant of a person's worldview. For example, if one believes in a personal God, life has obvious meaning, and one generally takes seriously the issues of moral and social responsibility. As Voltaire is reported to have said, "Don't tell the servants there is no God, or they will steal the silver." This view was later shared by Sigmund Freud, who believed that religion was necessary to keep the masses from acting on their sexual and aggressive impulses. In contrast, the worldview of those who reject God creates problems like meaninglessness and the alienation of modern life that many report these days. Atheism, of course, has been a central assumption of many modern ideologies and intellectual movements – communism, socialism, much of modern philosophy, most of contemporary psychology, and materialistic science. Indeed, I will take it for granted that atheism is one of the distinctive features of what is meant by the modern.

Now some might say that the reason for the dominance of atheism is that it is true: there is no God. I will address some aspects of this question but primarily from a psychological perspective. For now, let me simply point out that although it may be possible to prove the existence of God, it is clearly impossible to prove the nonexistence of God – since to prove the nonexistence of anything is intrinsically impossible. In other words, atheism is an assumption made by certain people about the nature of the world, and these people have been, in the past century, extraordinarily successful at controlling the acceptable view on the matter. In particular, there seems to be a widespread assumption, throughout much of our intellectual community, that belief in God is based on all kinds of irrational, immature needs and wishes, whereas atheism or skepticism flows from a rational, grownup, no-nonsense view of things as they really are.

To challenge the psychology of this viewpoint is the primary concern of this book. As I present the evidence from the lives of atheists, I will be looking for regularities, for patterns that distinguish their lives and psychology from those of a comparable group of theists or, in the case of autism, from people in general.

There are three new topics that are quite relevant to the psychology of atheism that have come to prominence since I was collecting evidence and preparing the first edition of this book, published in 1999. They constitute the major reasons for this new edition.

FIRST, a relatively new topic has been psychological research on the child's attachment to his parental figures. This approach, based on attachment theory, has greatly increased our appreciation and knowledge of the importance of such early bonds. More important for our topic, measures of attachment security and insecurity have been recently and explicitly applied to understanding religious belief and unbelief.

SECOND, the topic of atheism, in the last decade or so, has become a very popular one in much of the Anglo-American culture, as shown by recent best-selling books espousing atheism. The authors of these books have become well known and are commonly placed together in the category "The New Atheists." Their biographies, of course, are obviously relevant to psychological interpretation. However, the popularity of such writings also makes it clear that atheism has finally moved from relatively restricted intellectual and professional circles to a modest but significant mass-market level in today's society.

THIRD, quite recently, the mental life of the autistic person has been conceptualized in a way surprisingly applicable to the problem of interpreting the psychology of atheism.