February 11, 2014
Cardinal Stanislaw Dziwisz, the late John Paul II's closest aide, has caused considerable controversy in Poland for his decision to publish some of the pope's personal notes – this despite the pope's request that the notes be burned. (Source)

While I can understand the cardinal's decision, I don't agree with it. I think the cardinal should have heeded the pope's request. And yet, there seems to be a fair amount of disagreement on this matter, even among respected Catholic voices.

Jason Evert, chastity speaker and author of Saint John Paul the Great: His Five Loves (to be published in April 2014 and distributed by Ignatius Press), wrote in an email:


Although [Cardinal Dziwisz's book, I Am Very Much in God's Hands] is more than 600 pages, it contains only a selection of the pope's writings, which were carefully selected by Dziwisz to share for the sake of the Church. Some in the media are spinning the story to make Dziwisz look like a Vatican insider leaking unknown stories to the press for the sake of making a profit, but this is not the case.

The cardinal was John Paul's devoted secretary for nearly four decades and was selected by Archbishop Wojtyla himself. The two of them were closer than brothers, and this was surely a difficult decision for Dziwisz – one that required great courage. The initial irritation expressed by some will dwindle soon enough, as the Church discovers the treasure of the pope's interior thoughts. This book will be a gift for the Church for centuries to come, similar to the writings of Mother Teresa, which she likewise requested to be destroyed.

Since the 1960s, the monstrosity known as Planned Parenthood has received over $4.8 billion in taxpayer money. (Source)

Thus, $2 million – or at least, a presumably significant portion of $2 million, depending on the exact terms – is a drop in the bucket for two tragic and preventable deaths (mother and baby).

From the good people at the Thomas More Society:


Today, the Thomas More Society renewed its call for stronger abortion clinic inspection and regulation in Illinois, in the wake of a $2 million wrongful death settlement by Planned Parenthood of Illinois, Northwestern Memorial Hospital and Northwestern Medical Faculty Foundation with the family of Tonya Reaves, a woman killed by a botched abortion in 2012.

In February of 2013, the Thomas More Society filed a complaint with the Illinois Department of Professional Regulation (IDPR) requesting an investigation into the Chicago 'Loop Health Center' of Planned Parenthood, which was responsible for Ms. Reaves' botched abortion. No known action has been taken by the IDPR to follow up on the complaint.

In response to the settlement, Peter Breen, vice president and senior counsel of the Thomas More Society, said, 'The fact that Planned Parenthood has been allowed to merely pay 'hush money' to the victim's family without any further consequences is a slap in the face to every woman who walks through the doors of the nation's largest abortion provider.' 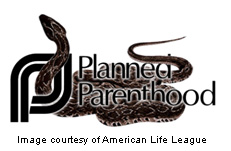 After the botched abortion took place, Tonya Reaves was left to bleed for five and a half hours in the Planned Parenthood clinic without medical treatment. Furthermore, when Ms. Reaves was finally transferred to the hospital, it took several more hours for her to be treated properly, which indicates that Planned Parenthood did not provide the hospital with sufficient information regarding Ms. Reaves' condition. The autopsy after her death revealed that Ms. Reaves had suffered perforation of the uterus.

'Ms. Reaves' tragic death demonstrates the dire need for increased inspection and regulation of Illinois abortion clinics,' added Breen. 'Abortion clinics in this state are not held to the same standards as other outpatient surgical facilities, despite the fact that the average clinic performs hundreds of invasive surgeries each year,' he explained.