Matt C. Abbott
Four priests: If I were the pope, I'd tell Obama...

March 23, 2014
First, the following is an edited statement from Wyoming Catholic College:

The Wyoming Catholic College community is devastated by the tragic deaths of two beautiful young girls, Olivia, 6, and Emma, 3, the daughters of Dr. Sean Lewis, who passed away as the result of injuries suffered in a tragic automobile accident on March 18. 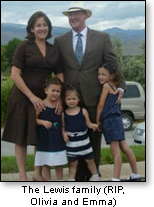 'We are deeply, deeply saddened by this tragedy,' said Dr. Kevin Roberts, president of WCC. 'Our hearts are breaking for Sean, for Becca, for Olivia and Emma's sister, Vivian, and for the many, many friends and family who have been touched by these young lives.'

Please keep the members of the Lewis family in your prayers during this time of great trial. May their souls and the souls of all the faithful departed, through the mercy of God, rest in peace. Amen.


Please also pray for the family and soul of Alice Schwappach. Alice, a dedicated pro-lifer who worked at Illinois Right to Life Committee for 20 years (I worked at IRLC a number of years ago), died earlier this month after a brief yet brave battle with lung cancer. Requiescat in pace.


In light of Pope Francis and President Obama meeting on March 27, I thought I'd ask my oft-quoted priestly commentators the following question: "If you were the pope, what would be your main message to President Obama when meeting him face to face?"

Below are their responses.

Let me preface my remarks by saying that I have the utmost confidence in Pope Francis, and in his advisors, as well as in his solid stand on pro-life matters, which I have had the privilege of conversing with him about on more than one occasion.

If I were the one having this meeting with President Obama, one of the first things I would do is to offer to establish a protocol of regular, frequent communication, so that what is and is not said in one meeting doesn't take on more importance than it actually has.

Secondly, one of the key things I would want to point out is what the Pope already said in number 213 of his recent Apostolic Exhortation Evangelii Gaudium, namely,

Yet this defense of unborn life is closely linked to the defense of each and every other human right. It involves the conviction that a human being is always sacred and inviolable, in any situation and at every stage of development. Human beings are ends in themselves and never a means of resolving other problems. Once this conviction disappears, so do solid and lasting foundations for the defense of human rights, which would always be subject to the passing whims of the powers that be.

The thought in this paragraph is closely linked to what Blessed John Paul II wrote 25 years ago in another apostolic exhortation, Christifideles Laici, namely,

[T]he common outcry, which is justly made on behalf of human rights – for example, the right to health, to home, to work, to family, to culture – is false and illusory if the right to life, the most basic and fundamental right and the condition for all other personal rights, is not defended with maximum determination. (Christifideles Laici, 1988)

It is always a temptation to say, 'We agree on so many good and important things. Let's not make anybody feel bad, and let's not be negative. After all, we agree on more than what we disagree on, so why should we focus on areas that we're not going to change our position on after all?'

That's a smooth temptation, and a very dangerous and deceptive route. It's like trying to build a house together and disagreeing on the foundation, and then saying, 'But wait – look at all the other parts of the house that we do agree on! The foundation is only one part. Let's focus on how we build strong walls and beautiful roofs.'

The right to life is the foundation and condition for every other human right. For a government, whether the United States or any other, to permit abortion is to change the very nature of that government and to become a tyrant state. (This is a point also made by Blessed John Paul II in Evangelium Vitae.) And that is no minor point that can be ignored.

I think the main message I would present to President Obama would be to forcefully confront him about the Kulterkampf he is running against the Church by using the coercive power of the state to try and force the Church's capitulation to various aspects of the culture of death via the Health and Human Services contraceptive and abortifacient mandate, along with the attempts to legally enforce a redefinition of the meaning of marriage. Furthermore, I would confront him about the larger issue of religious liberty and the failure of his administration to protect constitutionally-protected religious liberty.

After that issue was raised, it would then be necessary to raise with him the ominous concern I have about the administration's legally coercive attempts to positively delimit the role of religious liberty by redefining the issue as one of 'freedom of worship' – the language employed by the Obama administration – versus the term of 'freedom of religion,' which is what the Constitution, drawing from the natural law tradition of moral reasoning, employs in describing and defending this natural right of the nation's citizenry.

If I were Pope Francis, I would tell President Obama the following: 'You have a moral obligation to defend life from the moment of conception to the moment of natural death. Abortion is the greatest evil that has been inflicted upon mankind. Stop supporting Planned Parenthood. They are evil and they are destroying your own race.'

If Pope Francis would paraphrase his recent remarks about the Mafia and direct them to the president, I'd be happy!

To the Mafia, the pope said: 'This life that you live now won't give you pleasure. It won't give you joy or happiness. Blood-stained money, blood-stained power, you can't bring it with you to your next life. Repent. There's still time to not end up in hell, which is what awaits you if you continue on this path.'

To President Obama, he should say: 'Support of abortion and sexual perversion will not secure your country's future or your party's electorate. Blood-stained hands, blood-stained power. Repent. There's still time to not end up in hell, which is what awaits you if you continue on this path.'