April 27, 2014
I asked Father John Trigilio Jr., president of the Confraternity of Catholic Clergy, and Catholic authors Steve Kellmeyer and Jimmy Akin to respond to the following theological inquiry of mine:


Given that when the Church canonizes someone, it is an infallible declaration that the canonized person is in heaven – what about the following scenario?

Theologically speaking, is it possible that God would take that person's soul out of hell and put it in heaven since the Church went through with the canonization?


Since canonizations are considered part of extraordinary papal infallibility, no matter how or why a person is formally canonized, once the Roman Pontiff declares and proclaims a man or woman a saint, that is an infallible decree.

Beatifications are not infallible, however. Hence, even the possible imprudence in canonizing any one particular person may come into play, once canonized, that person is considered in heaven. It does not mean that the saint was impeccable, nor that he or she lived a totally pious life. A sinner can always repent, like Saint Augustine, but no one condemned to hell can ever be canonized.

If canonized, a notorious sinner must have repented before he or she died; otherwise, papal infallibility evaporates. The hypothetical scenario of a canonized saint dying unrepentant of mortal sin is impossible and an oxymoron. Canonization is a judgment to be sure, but it relies only on investigation to make the proposal to the pope. He alone makes the decision, as he does with an ex cathedra pronouncement.

Prudence exhorts a full investigation, but the infallible canonization does not depend on it for validity. Hence, no skeletons can undo a canonized saint. Some previously considered saints who were unofficially canonized by popular acclamation have been shown to have some historical inaccuracies or possible scandalous secrets, but only papal canonizations are infallible.

Once in hell, a soul can never be freed, nor would it want to be. The damned chose Hell and God respects their free will choice. Canonizations are post facto, not just post mortem, i.e., popes can only formally canonize souls in heaven, not those in purgatory and never those in hell.


No. If the person were in hell, the Church would be prevented from canonizing the individual. Canonization is an exercise of the ordinary infallible Magisterium. The idea that someone condemned to hell can be rescued from hell is formally known as the apokatastasis. It is a condemned heresy since the fifth century.


Hell is eternal, and so once a person goes there, he doesn't later go to heaven. As the Catholic Encyclopedia notes, most traditional theologians hold that saint canonizations are infallible. If so then God would prevent the Church from canonizing a damned person.

An excellent news release (dated April 21) from Bill Donohue of the Catholic League regarding the abortion giant Planned Parenthood:


Tomorrow night in Seattle, Planned Parenthood will stage 'Bar Nun Bingo' at Poquitos in the Capitol Hill neighborhood; two days later, it will hold another 'Bar Nun Bingo,' this time at the downtown Pike Brewing Company. Both fund-raising events will bash nuns, and will be led by the demonstrably anti-Catholic gay group, Sisters of Perpetual Indulgence. Pictures of previous 'Bar Nun Bingo' affairs show how sick it is. 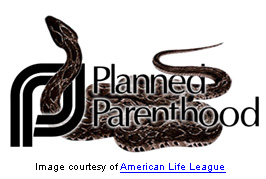 Planned Parenthood has a long history of Catholic bashing. Its founder, Margaret Sanger, was both a racist and an anti-Catholic. In 1987, it trashed Mother Teresa, calling her an 'old and withered person, who doesn't look the least like a woman.' In 1994, it mocked the Eucharist at the Monmouth County Fair in New Jersey. In 1995, it blamed New York Archbishop John Cardinal O'Connor for the killing of an abortion doctor in Brookline, Massachusetts. In 1998, its opposition to school vouchers led it to brand the Catholic Church an 'extremist' group on Long Island.

In 1999, Planned Parenthood passed out green condoms on the eve of St. Patrick's Day at the state Capitol in Connecticut. That same year it sought to oust the Holy See from its non-member state permanent observer status at the U.N. In 2000, it accused Pope John Paul II of waging 'war' against the 'sexual and reproductive rights' of women. In 2009, one of its male leaders in Florida dressed as a pregnant nun at a Halloween party; others joined him in a 'Safe Sex Bash.' It regularly insults Christians at Christmas with its 'Choice on Earth' program. And so on.

Planned Parenthood receives more than half a billion in tax dollars per year, a quarter of which comes from Catholics. We are writing to Tennessee Rep. Marsha Blackburn, who has introduced a bill prohibiting public funds for abortion providers, about Planned Parenthood's bigotry. We urge everyone to contact her.