Matt C. Abbott
Why are Latinos in the US leaving the Catholic Church?

May 13, 2014
(The following article first appeared at Catholic Online.)

A nationwide survey of adult Latinos conducted by the Pew Research Center has found that while the majority still identify themselves as Catholic, a significant number have been leaving the Church.

"Indeed, nearly one-in-four Hispanic adults (24%) are now former Catholics," according to the report.


The long-term decline in the share of Catholics among Hispanics may partly reflect religious changes underway in Latin America, where evangelical churches have been gaining adherents and the share of those with no religious affiliation has been slowly rising in a region that historically has been overwhelmingly Catholic. But it also reflects religious changes taking place in the U.S., where Catholicism has had a net loss of adherents through religious switching (or conversion) and the share of the religiously unaffiliated has been growing rapidly in the general public....


(Click here to read the report in its entirety.)


The reasons that people from Mexico, Central America, and South America would leave the Catholic Church are as complicated and diverse as the Hispanic demographic. There is simply no 'one size fits all.' However, generally speaking, I would offer the idea that Catholic priests have to be constantly worried about the attention they give to their parishioners – of whatever language and culture.

Wearing beautiful vestments and offering the traditional liturgy is useless if a priest tells people 'I don't speak your language; I'm an American and you need to learn English.' Yes, that attitude is still around. Or, some people say, 'Priests need to teach from the Baltimore Catechism.' But that is also useless if you don't visit with families, have personal contact with them, and explain what you want to accomplish in catechizing their kids.

Priests wonder why some families are angry that their kids were denied First Communion or Confirmation? It's because parishes have 'programs' and hoops to jump through, but not necessarily a sense of care and concern for the individual youth.

It was not just the lace, brocade, cassocks, Latin, or preaching about mortal sin and hell that kept Catholics in the Church, according to the priests I knew ordained in the 1940s, '30s and '20s. It was their habit of making rounds in the parish, knowing their people, and communicating a sense of urgency to uphold marriage, family, and transmitting the Catholic Faith.

Now, I see and hear priests complaining about their 'illegal immigrants' and 'mumbo-jumbo Hispanic charismatics' and I am amazed – not at the number of their Hispanic parishioners who leave the Catholic Church, but that any are staying at all.

To be fair, Catholic priests have become more and more alert to the problems of Catholic defection in all the races and cultures. I am impressed with the sense of evangelism and mission in some of the younger priests.

But there is still too much of an 'I don't do windows' attitude among some priests in regards to 'smelling like the sheep' and mixing it up with their Hispanic people. As one priest put it, 'I told those people that if their collection didn't go up, I would cancel that Spanish Mass. Well, it didn't, so I canceled it.'

That attitude is laughable and is not the true Catholic spirit of the apostolate.


Father Farfaglia, who lived and worked in Mexico for six years and has visited other Latin American countries, wrote: 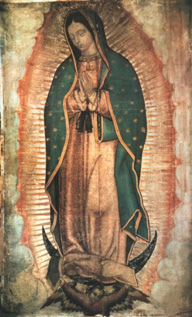 Solution #1 – Just as priests were required to know Latin prior to the Second Vatican Council, priests in the U.S. should be required to speak enough Spanish to be able to offer Mass in Spanish and give a coherent homily in Spanish. I am not the brightest bulb in the box. If I can learn to speak Spanish, anyone can. Immersion is a good way for a seminarian or a priest to learn Spanish. Go down to Mexico for at least a year and don't come home until you can speak Spanish. Laziness has to be replaced by apostolic zeal.

Solution #2 – Hispanics coming in from Mexico and other Latin American countries have to remain firm in their Catholic faith. America is still a great land of opportunity, but this is not Disney Land. It is important that Latinos do not become apostate, sacrificing their Catholic faith on the altar of materialism. The Hispanic culture is a beautiful one, and it is rooted in Catholicism. They should be proud of their faith and their culture.

Hispanics will be challenged to live the Catholic faith for conviction and not remain cultural Catholics. Cultural Catholics will not survive in America. These are the ones who are leaving. Parishes will be challenged in helping Hispanics live the Catholic faith for conviction. Parishes that provide a vibrant and dynamic liturgical life will help Hispanics grow in their personal relationship with Jesus. Parishes that provide formation and community will be able to help Hispanics remain in the Catholic Church. Priests will need to get out of the office and the rectory and be with the people. Youth ministry is not easy, but it is where we need to be.