Matt C. Abbott
The church, politics, and the unborn; On predators and narcissism; Prayers for Cardinal George, Paul Likoudis


In a hard-hitting series of essays currently being released in preparation for the midterm elections, Father Frank Pavone, national director of Priests for Life, takes aim at the self-censorship that churches and church-related institutions engage in when it comes to speaking up about politics and elections. Called 'Politics and the Pulpit,' the series can be found at Priestsforlife.org/columns.

One of the policy memos publicized from a Catholic diocese in a recent election cycle stated the following:

Indeed, it is the church's right and obligation to make its teachings on moral ideas known, as long as these teachings do not run afoul of the rules on political activity.

Look at what's being said here. Rules on political activity – rules which originated with Lyndon B. Johnson in 1954 and are vague and very likely unconstitutional in the first place – cancel out both the right and duty of the church to carry out her teaching mission received from Jesus Christ, the Son of God, over 2000 years ago. 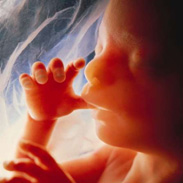 An obvious question arises here. Unless we are to say that churches have no freedom to teach on issues that also happen to correspond to political debates, how are they protected from the accusation of being 'partisan' simply because the position of the organization, or the teaching of the church or the Gospel, corresponds to the position that one particular political party or candidate has and is diametrically opposed to that of their opposing party or candidate?

The church opposes abortion and stands up for the rights of the unborn. The Republican Party platform takes a similar position. The Democratic Party platform, on the other hand, supports abortion as a right. So now, is the church's pro-life position partisan and therefore illegal to assert? That would be both absurd and intolerable, and yet that is what some expressions of church policy in our country would lead us to conclude.

More commentary and practical action steps for preparation for the elections can be found at www.PoliticalResponsibility.com. A nationwide election novena begins this Tuesday, September 2, and runs through Election Day, November 4. Organizations and churches can also find practical guidance through the Vote Pro-Life Coalition that Priests for Life has established. See www.VoteProLifeCoalition.com.


The numbers are shocking: at least 1,400 children sexually abused over a 16-year period in an English town of less than 300,000 people. Children 'raped by multiple perpetrators, trafficked ... abducted, beaten and intimidated. There were examples of children who had been doused in petrol and threatened with being set alight.'

The accusations, laid out in an independent report commissioned by the Rotherham Borough Council and released Tuesday, drew shock across Britain and beyond and led to the immediate resignation of the council's leader, Roger Stone....

The report in Rotherham comes amid a slew of child sex abuse investigations in Britain over the last two years. They began with the revelation in 2012 that Jimmy Savile, a once-revered British celebrity who had hosted several long-running music and children's television programs, was suspected of having sexually abused children and adults on a large scale over numerous decades. Savile died in 2011.


What's happening in the UK is the same kind of thing that is happening here. The CPS workers seem more interested in not offending any group protected by the PC Police than they are in protecting children. Combine this with workers focusing on numbers served instead of the quality of service, with increasing narcissism and hypersexualization in our culture, with the growing indifference toward solving problems, and we have a recipe for a generation wide disaster. If we don't start taking effective action soon, I'm not sure we'll be able to stop the slide. We also need a revival.


I asked Hampson about the apparent increase in narcissism in recent times, to which he responded:


I think there's a combination of factors for the increase. Dr. Twenge (referenced in this post) linked the increase to the 'self-esteem' movement in schools. The idea that everyone's opinion should be respected equally, that everyone gets a trophy, that everyone is number one and that we should have 20 valedictorians and 40 salutatorians, that everyone is equally wonderful – these ideas have turned children into self-interested, self-focused brats.

But there's more to it than that. Parents aren't raising children; they're catering to them or ignoring them. All children are born with a natural self-focus, so in either case, parents aren't teaching children how to focus outside themselves. Teaching children self-discipline, self-control and self-sacrifice are key elements of parenting that have gone missing in recent years.

A big part of the problem also is our culture. The messages from Hollywood and other entertainment venues – even the news, sports and politics – glorify self-indulgence.

So as I see it, narcissism is being promoted by every segment of our society: home, school, media, politics, government. Even in the church.


With all my heart I want to thank the many Wanderer readers who have supported me with their Masses and prayers through what has been a very challenging time, and is likely to become more challenging.

The July 16 surgery was not a success, and complications required a two-week hospital stay, which has left me extremely exhausted. My surgeon discovered that the rectal tumor is inoperable, and that the cancer has spread to the pelvic wall. On August 13, I began another round of chemotherapy, which will run through the middle or end of December. After that, I will have another MRI to determine to what extent the chemo has worked, and if the cancer has spread to other organs.

I am still praying for a miracle, but also learning that my life is entirely in God's hands.

On the day after the surgery, just moments after I was moved from recovery into my room in the cancer ward at Strong Memorial Hospital in Rochester, N.Y., my cell phone rang.

'Is this Paul Likoudis?' asked the voice at the other end of the line.

'This is Cardinal George.'

'Your Eminence, what a surprise and a blessing,' I responded, shocked and in total disbelief.

'I heard you had an operation yesterday, and I wanted to let you know that I am praying for you,' said the cardinal, who has been battling bladder, liver, and kidney cancer since 2006.

This was the first time I have ever received a phone call from a Prince of the Church, and I could not believe I was speaking with Cardinal George. All I could think of was that I wanted to keep the conversation going for as long as I could....


Click here to read the rest of Paul Likoudis' column.

Please pray for Cardinal Francis George, Paul Likoudis, and the many, many others who are battling cancer in its various forms.