Matt C. Abbott
'The Pill' that gave birth to the culture of death

December 20, 2014
Published at the website of National Geographic (Dec. 18) is an interview with Jonathan Eig, author of The Birth of the Pill, a new book seemingly being fawned over by the secular media.

A brief excerpt from the interview is as follows:


NG: You open your book with the night that Margaret Sanger, who founded Planned Parenthood, asked Dr. Gregory Pincus to begin work on a birth control pill. When they had this meeting in 1950, birth control methods such as condoms, intrauterine devices (IUDs), and diaphragms were already available, though not always easy for women to access. Why did Sanger think it was important to develop a pill form of birth control?

She wanted something that women could control completely on their own, that they could hide from men if necessary, and something that was modern and scientific that would work like magic. That was really her dream, and for years – decades, really – people told her it was nuts, that it was impossible. So when she met Pincus, and Pincus said, 'Yeah, I can do that' – it was a huge moment for her.


(If you can stomach reading the NG interview in its entirety, click here.) 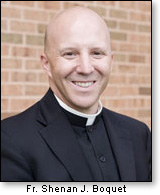 The pro-life movement is full of people who were once convinced that the Pill was good for women, but who went back and learned about the racist eugenicists who developed and promoted contraception to control the world's 'human weeds,' starting in the poorest part of New York City. Margaret Sanger was the leader of this movement, and she regularly published and spoke to racist groups who loved her ideas. They tested the Pill in Puerto Rico on poor women by lying to them about what it was, and then hiding the worst of its effects on these women. To this day, almost the entire medical industry is so committed to the idea that the Pill is empowering for women that they will gloss over population control abuses and tons of evidence that the Pill is bad for women's health.

I find this interview astounding. The author has had a chance to go back and see for himself the overt racism of Margaret Sanger and her colleagues, their willingness to subject poor women to dehumanizing and harmful experiments, and he still sees them primarily as heroes. He is asked to resolve the 'tension' between population control abuses and the supposed empowerment allowed by the Pill, and he shrugs. The fawning interviewer and the author are ambivalent about the harm done; they're just crossing their t's by bringing it up at all. He's not ignorant; he just doesn't care, since the great end of women's 'empowerment' justifies any means, including the disempowerment of poor women. To know anything about the international population control movement is to know that this has only increased over time.

This is how evil works in a person's life and in society. It begins with a seduction based on deception. Then once you're hooked and can see the consequences, the deception drops away and you embrace the bad thing and overlook the harm done to others and yourself, or you turn back to the truth. The Church has been right about this all along, especially with contraception and all the rotten fruit that comes from this rotten tree. This interview brings this evil into stark relief, and is valuable for that reason.


From HLI's pamphlet "Contraception and Women":


Regularly taking powerful steroids, which are what hormonal contraceptives from the pill to injectable Depo-Provera are, has tremendous impacts on the human body. It should come as no surprise that they cause a long list of side effects, from minor ones like headaches to serious ones like severe depression and even death. In fact, hormonal contraceptives such as the pill have been confirmed as carcinogens by the World Health Organization (WHO). That is, hormonal contraception is known to cause cancer in women, and to be dangerous enough to be in the same category as cigarettes and asbestos.

When taking hormonal contraceptives, 'teenagers are especially vulnerable to breast cancer risk because their breasts are growing,' says the Breast Cancer Prevention Institute. The World Health Organization (WHO) discussed the pill-breast cancer link in a 2005 report, as did the New England Journal of Medicine in January 2006. Though the pill lowers the risk of ovarian and endometrial cancers, 'according to the American Cancer Society, out of [a random selection of ] 100 women with cancer, 31 have breast cancer, 6 have endometrial cancer and only 3 have ovarian cancer, so it is not a good 'trade-off' in risk,' says the institute. The WHO's panel of scientists concluded that the pill raised the risks of breast, cervical, and liver cancer....

Though the Pill appears to act the great majority of the time by preventing conception by suppressing ovulation and by inhibiting sperm transport through the woman's body, at other times it causes abortion by preventing the implantation of an already-conceived child in the womb. In some women, the Pill suppresses ovulation almost completely. In those women in which it doesn't, the Pill may allow conception and cause the subsequent abortion of unborn children.


53. And now, Venerable Brethren, we shall explain in detail the evils opposed to each of the benefits of matrimony. First consideration is due to the offspring, which many have the boldness to call the disagreeable burden of matrimony and which they say is to be carefully avoided by married people not through virtuous continence (which Christian law permits in matrimony when both parties consent) but by frustrating the marriage act. Some justify this criminal abuse on the ground that they are weary of children and wish to gratify their desires without their consequent burden. Others say that they cannot on the one hand remain continent nor on the other can they have children because of the difficulties whether on the part of the mother or on the part of family circumstances.

54. But no reason, however grave, may be put forward by which anything intrinsically against nature may become conformable to nature and morally good. Since, therefore, the conjugal act is destined primarily by nature for the begetting of children, those who in exercising it deliberately frustrate its natural power and purpose sin against nature and commit a deed which is shameful and intrinsically vicious.

55. Small wonder, therefore, if Holy Writ bears witness that the Divine Majesty regards with greatest detestation this horrible crime and at times has punished it with death. As St. Augustine notes, 'Intercourse even with one's legitimate wife is unlawful and wicked where the conception of the offspring is prevented. Onan, the son of Juda, did this and the Lord killed him for it.'

56. Since, therefore, openly departing from the uninterrupted Christian tradition some recently have judged it possible solemnly to declare another doctrine regarding this question, the Catholic Church, to whom God has entrusted the defense of the integrity and purity of morals, standing erect in the midst of the moral ruin which surrounds her, in order that she may preserve the chastity of the nuptial union from being defiled by this foul stain, raises her voice in token of her divine ambassadorship and through Our mouth proclaims anew: any use whatsoever of matrimony exercised in such a way that the act is deliberately frustrated in its natural power to generate life is an offense against the law of God and of nature, and those who indulge in such are branded with the guilt of a grave sin.


14. Therefore We base Our words on the first principles of a human and Christian doctrine of marriage when We are obliged once more to declare that the direct interruption of the generative process already begun and, above all, all direct abortion, even for therapeutic reasons, are to be absolutely excluded as lawful means of regulating the number of children. Equally to be condemned, as the magisterium of the Church has affirmed on many occasions, is direct sterilization, whether of the man or of the woman, whether permanent or temporary.

Similarly excluded is any action which either before, at the moment of, or after sexual intercourse, is specifically intended to prevent procreation – whether as an end or as a means.

Neither is it valid to argue, as a justification for sexual intercourse which is deliberately contraceptive, that a lesser evil is to be preferred to a greater one, or that such intercourse would merge with procreative acts of past and future to form a single entity, and so be qualified by exactly the same moral goodness as these. Though it is true that sometimes it is lawful to tolerate a lesser moral evil in order to avoid a greater evil or in order to promote a greater good, it is never lawful, even for the gravest reasons, to do evil that good may come of it – in other words, to intend directly something which of its very nature contradicts the moral order, and which must therefore be judged unworthy of man, even though the intention is to protect or promote the welfare of an individual, of a family or of society in general. Consequently, it is a serious error to think that a whole married life of otherwise normal relations can justify sexual intercourse which is deliberately contraceptive and so intrinsically wrong....

18. It is to be anticipated that perhaps not everyone will easily accept this particular teaching. There is too much clamorous outcry against the voice of the Church, and this is intensified by modern means of communication. But it comes as no surprise to the Church that she, no less than her divine Founder, is destined to be a 'sign of contradiction.' She does not, because of this, evade the duty imposed on her of proclaiming humbly but firmly the entire moral law, both natural and evangelical.

Since the Church did not make either of these laws, she cannot be their arbiter – only their guardian and interpreter. It could never be right for her to declare lawful what is in fact unlawful, since that, by its very nature, is always opposed to the true good of man.

In preserving intact the whole moral law of marriage, the Church is convinced that she is contributing to the creation of a truly human civilization. She urges man not to betray his personal responsibilities by putting all his faith in technical expedients. In this way she defends the dignity of husband and wife. This course of action shows that the Church, loyal to the example and teaching of the divine Savior, is sincere and unselfish in her regard for men whom she strives to help even now during this earthly pilgrimage 'to share God's life as sons of the living God, the Father of all men.'