November 2, 2015
The Pro-Life Action League reports that a notorious abortion facility in Chicago has closed after more than 25 years of killing preborn children. Click here for the story. Kudos to all the dedicated pro-lifers who provided a regular presence there!


Of the 64 abortion facilities that have closed following a 40 Days for Life campaign, many had given signs that things weren't going so well inside. One sign is seeing moms turn around and choose life. Babies saved equals money lost to the abortion industry. Another sign is adjusting business hours ... or even closing for the day.


(A version of the following commentary originally appeared at the American Thinker Blog.)


Police unions in New York, Philadelphia and Los Angeles have already called for a boycott of Tarantino films – his latest, The Hateful Eight, lands on Christmas Day – and now the New Jersey State Police Benevolent Association has joined the shame-on-Tarantino chorus.

Tarantino is under pressure because of inflammatory remarks he made at a protest against police brutality in New York last weekend, in which he suggested some cops who shoot civilians are 'murderers' and he stands 'with the murdered.'


I'm all for freedom of speech, but I have to side with the police unions on this one. Maybe it's just a publicity stunt on Tarantino's part (if so, it's working). Maybe he genuinely feels that way. I don't know.

Perhaps Tarantino has been influenced by another well-known instigator who often panders to liberal politicians and celebrities: Chicago priest-activist Father Michael Pfleger.

Pfleger – considered a priest in good standing with the Archdiocese of Chicago – once told a rally led by the Rev. Jesse Jackson that they should "snuff ... out" a local gun shop owner. Last year, he accused the police of perpetrating genocide.


I disagree with the Mayor that the day of Videos have made Cops not want to stop and take action....First of all Thank God For videos that are exposing what has been going on ( and is still going on) forever!!! If a cop is doing right they have nothing to fear, but the cop who is in the wrong needs to be exposed....We need Conflict Resolution taught in every school and in every police District, both citizens and police need to be trained how to calm situations down, not amp them up!!!!


Earlier this month, he wrote (unedited):


Looking forward to getting on the bus tomorrow night to go to DC for the Anniversary of the Million Man March....and hearing my Brother Minister Louis Farrakhan....There is no leader in America who can draw the attention and hearts of millions of people seeking Justice and Truth like him......I thank God for his friendship and his Prophetic and courageous Voice....we never needed it more than right now.......Love my Brother.....#ýjusticeorelse‬‬


In August, it was reported that "Nation of Islam head Louis Farrakhan said he was looking for '10,000 fearless men' to 'rise up and kill those who kill us; stalk them and kill them and let them feel the pain of death that we are feeling!'"

Actually, Tarantino's comments, though foolish, were relatively tame compared to those of the two aforementioned men of the cloth.


Orthodox Catholics should get a kick out of the photo below (hat tip to A.T.): 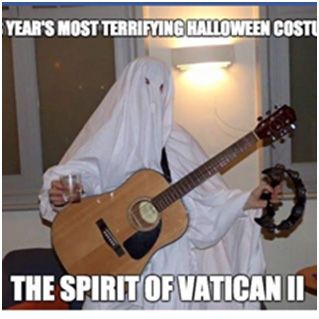