May 31, 2016
Kudos to Bishop Thomas John Paprocki of the Diocese of Springfield in Illinois, one of the relatively few American bishops willing to speak out on cultural hot-button issues besides immigration.

Bishop Paprocki asserts (excerpted; click here to read his commentary in its entirety):


Once again common sense has been turned on its head in our culture, this time by transgender activists agitating for people to be able to use the bathroom that they feel corresponds emotionally to their self-identified gender rather than the anatomical gender of their biological sex. The issue has emerged prominently in recent national and local news....

The Catholic Church has some clear teachings on transgender issues. Catholics are called to treat everyone with compassion. Yet the church maintains that people may not change what Pope Benedict XVI called 'their very essence.' In a speech at the Vatican on Dec. 23, 2008, Benedict directly addressed transgender issues by cautioning Catholics about 'destroying the very essence of the human creature through manipulating their God-given gender to suit their sexual choices.'

Similarly, in his encyclical Laudato Si, issued last year on the environment, Pope Francis called for men and women to acknowledge their bodies as a gift from God which should not be manipulated. 'The acceptance of our bodies as God's gift is vital for welcoming and accepting the entire world as a gift from the Father and our common home,' the pope wrote, 'whereas thinking that we enjoy absolute power over our own bodies turns, often subtly, into thinking that we enjoy absolute power over creation' (no. 155).

In his recent apostolic exhortation Amoris Laetitia (The Joy of Love), Pope Francis warns that gender ideology 'denies the difference and reciprocity in nature of a man and a woman and envisages a society without sexual differences ... It is one thing to be understanding of human weakness and the complexities of life, and another to accept ideologies that attempt to sunder what are inseparable aspects of reality. Let us not fall into the sin of trying to replace the Creator. We are creatures, and not omnipotent. Creation is prior to us and must be received as a gift. At the same time, we are called to protect our humanity, and this means, in the first place, accepting it and respecting it as it was created' (no. 56).

About 11 years ago, I wrote a series of columns on the extensive corruption among clergy within the Archdiocese of Miami under the leadership of then-Archbishop John Favalora.

It appears that the corruption is far from being cleaned up.


The pastor of St. Rose of Lima has been asked to step down after a group from the parish presented a 129-page report to the Archdiocese of Miami filled with allegations of sexual impropriety against Father Pedro Corces.

'This unfortunate chain of events has fractured the spirit and unity at this long established parish and school,' wrote Archbishop Thomas Wenski in a May 26 letter emailed to parents Thursday afternoon. A printed copy of the letter was being sent home in students' communication folder Friday.

But far from calming parents' concerns, the letter angered the group, which calls itself Christifidelis. The Wenski letter blames the fracturing of the parish on a small group. 'Slanderous gossip, calumny, detraction – all sinful behaviors – have fomented division in the parish and school communities,' he wrote.

Miami attorney Rosa Armesto, who has children at the parish school in Miami Shores, is representing Christifidelis. She met with Wenski on May 16.

'It's such a shameful letter. The archbishop is not upset at what the priest has done but that it has been uncovered,' she said. 'The church isn't upset by the sins of their priests but by the fact that the faithful have had the audacity, the temerity, to bring this up.'


Click here to read the Herald article in its entirety.

I have to agree with Rosa Armesto. The lengthy dossier contains quite a bit of damning information on the priest's alleged sexual and financial improprieties, yet the archbishop's anger appears more directed at the parishioners who exposed the corruption than the priest himself. This type of reaction by a bishop is nothing new, of course.

One "highlight" from the dossier:


Father Pedro puts the children of the parish in grave danger. He has a history of placing unsuitable characters in close contact with children. During his tenure as vocation director for the Archdiocese of Miami, which ran from 1996 to 2006, he allowed for the placement of Miguel Cala in St. Andrew Catholic School in Coral Springs, where Mr. Cala later sexually abused children and is currently serving time.

Father Pedro has also apparently circumvented the background checks which are required for hiring employees who may be in contact with children. Most recently he replaced members of his maintenance staff with a felon and prostitute, Santeria practitioners, promiscuous gay practitioners and people who openly mock the Catholic faith.

'Homosexuality and the Church Crisis' 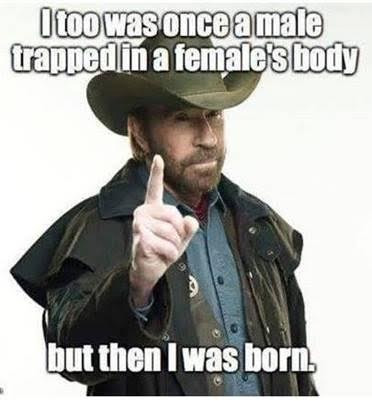