May 22, 2017
There's an interesting story we're not hearing much about from the mainstream media, save for Fox News. It involves the murdered Democratic National Committee staffer Seth Rich, who was shot in the back on July 10, 2016 in Washington, D.C.

According to reports, nothing was stolen from Rich, whose murder remains unsolved. Interestingly, 12 days after his death, WikiLeaks released 20,000 emails from DNC officials, which proved damaging to Hillary Clinton's presidential campaign (although her campaign was never that good to begin with). Also of note: A private investigator told a media outlet that the D.C. police had been forced to "stand down" on the investigation.

Click here to read an article on the case at WND.

My take: Rich's murder could have been nothing more than a botched robbery – which, of course, is still tragic – but there might be a lot more to this story. Perhaps time will tell.


Cardinal Raymond Burke issued a call ... for the Catholic faithful to 'work for the consecration of Russia to the Immaculate Heart of Mary'.... 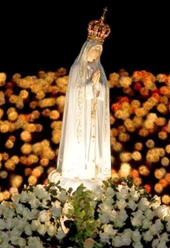 The call for the consecration of Russia is for some controversial, but Cardinal Burke addressed the reasons for his appeal simply and straightforwardly. 'The requested consecration is at once a recognition of the importance which Russia continues to have in God's plan for peace and a sign of profound love for our brothers and sisters in Russia,' he said.

'Certainly, Pope Saint John Paul II consecrated the world, including Russia, to the Immaculate Heart of Mary on March 25, 1984,' said Cardinal Burke. 'But, today, once again, we hear the call of Our Lady of Fatima to consecrate Russia to her Immaculate Heart, in accord with her explicit instruction.'

The want for the 'explicit' mention of Russia in the consecration as requested by Our Lady was desired by Pope John Paul II, but not undertaken due to pressure from counselors.


Click here to read the LSN article in its entirety.

My take: While I greatly appreciate Cardinal Burke's efforts, I'm not holding my breath that Pope Francis will ever do this.