Needless to say, several of the parents were not happy, telling ChurchMilitant.com that "they did express to Long and school administrators their concerns that the school would employ an individual with connections to the country's leading abortion provider." 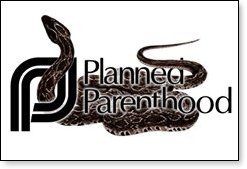 Despite this, in a subsequent email to the parents, Long justified volunteering at Planned Parenthood "by stating her work at the abortion mill only consisted of educating and counseling victims of domestic violence: 'It is my belief that educating and counseling these women prevents them from being put into situations in which they might consider abortion. I hope you understand this volunteer work is meaningful to me.'"

It's commendable that Long desires to counsel victims of domestic violence, but doing so at Planned Parenthood is terribly misguided. ChurchMilitant.com points out that "[a] perusal of Long's Facebook page reveals her support for abortion."

Also not surprising – but still extremely disappointing – is the fact that the school's principal, Michelle Nitsche, and the school's pastor, Father Steven Dombrowski, are defending Long, asserting "that she has so much to offer our students and is going to be an impactful facilitator in their learning."

I asked Monica Migliorino Miller, Ph.D., professor, author and director of Citizens for a Pro-Life Society, to comment on the story, to which she responded as follows:

The administrators of St. Cajetan suffer from either one of two things – a complete disconnect from reality, or they themselves support the killing of the unborn or at least are apathetic to such violence if they think someone who volunteers for Planned Parenthood and expresses support for abortion could in any way align herself with the goals and mission of a Catholic school.

The administration sends the signal to parents, students and the general public that killing the unborn is no big deal. If Miss Long volunteered for a white supremacist group, would she be allowed to teach at that school? Hardly! And how ironic that this teacher is substituting for another teacher on maternity leave!

If St. Cajetan wishes to protect its integrity, Miss Long must be told her affiliation with Planned Parenthood is abhorrent and she should be dismissed. Thus would serve as a great witness to her for her own sake as well as that of the school.

Muñoz was rector of the now-defunct Casa Jesus, a seminary for Latin Americans established by the late Cdl. Joseph Bernardin in the late 1980s for the purpose of recruiting homosexual seminarians.


Click here to read the story in its entirety.