A pro-life attorney for whom I have a great deal of respect, Tom Brejcha, president and chief counsel of the laudable Thomas More Society, released the following thoughtful statement regarding the passing of Ruth Bader Ginsburg: 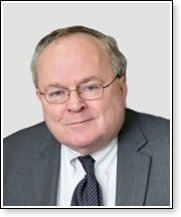 Justice Ruth Bader Ginsburg will go down in legal history as a Jurist of very high stature and lasting repute who played a pioneering and pivotal role in paving the way for the advancement of women lawyers to their present positions of power and influence in our legal profession.

She was supremely gifted and dedicated in her singular devotion and masterly contributions to the legal and associated social reforms that brought about this monumental progress over the many decades of her labors. But what marks her as a truly legendary jurist is her fidelity to the law, as a body of principles that stands apart from, and transcends, mere policy preferences and political partisanship, however deeply felt and ardently fought for.

Thus we witnessed her voting twice in favor of our advocacy, which was assailed (stridently albeit baselessly) in so many quarters in the marathon NOW vs. Scheidler litigation, which gave birth to our Thomas More Society, a public interest law firm.

The case lasted over 28 years from start to finish, and it culminated in a pair of successive U.S. Supreme Court decisions against the use of the federal racketeering and extortion laws against peaceable non-violent political protest.

In that case, Justice Ginsburg joined an 8-1 majority in Scheidler II, handed down in 2003, and then again she joined an 8-0 majority in Scheidler III, handed down in 2006 (Justice O'Connor having retired, or it would have been 9-0) – proving herself faithful to the operative legal principles that proved dispositive, despite the fact that she was casting her vote against the National Organization for Women, another high profile advocate for the cause, so styled, of women's rights.

We deeply disagreed with her about abortion rights, but we too, at the Thomas More Society, salute her record of judicial service and mourn her passing.