I worked for the Pro-Life Action League for several months about 20 years ago. Im glad I had that opportunity. Youd be hard-pressed to find anyone more dedicated to fighting the evil of abortion than Joe Scheidler. He was far more thick-skinned than I am, and  lets face it  being thick-skinned is a requirement to be an effective pro-life activist in our culture of death. 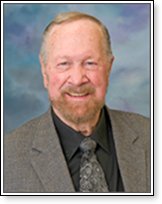 Joe was born on September 7, 1927, in Hartford City, Indiana. After serving in the U.S. Navy as a military policeman at the end of World War II, he earned a bachelors degree in communications at the University of Notre Dame and a Masters Degree at Marquette University. He spent eight years in religious life, studying for the Catholic priesthood at St. Meinrad Seminary in Indiana. After discerning that God was not calling him to the priesthood, he served as a teacher at Mundelein College, during which time he chaperoned a group of students on a pilgrimage to march with Dr. Martin Luther King, Jr. from Selma to Montgomery in 1965.

Its fitting that my father died on the day when Americans remember the legacy of Martin Luther King, said Eric Scheidler [Joes oldest son, who serves as the Leagues executive director]. Seeing the impact that regular Americans could have by taking action against racial injustice inspired my father to mobilize Americans in the same way in the fight against the injustice of abortion. That story and many others from his five decades of pro-life activism are recounted his 2016 memoir Racketeer for Life: Fighting the Culture of Death from the Sidewalk to the Supreme Court.

Joes career as a pro-life activist took him to every state in U.S. and countries on four continents, as well as through countless court battles, including the notorious NOW v. Scheidler RICO case, the longest case in U.S. federal court history and the only one to make three trips to the U.S. Supreme Court, including 8-1 and 8-0 rulings in 2003 and 2006 that fully vindicated him. His 1985 book CLOSED: 99 Ways to Stop Abortion, a centerpiece of the NOW v. Scheidler trial, became the manual for pro-life activists throughout the world.

Joe Scheidler died of pneumonia at the age of 93 at 9:45 a.m. on Monday, January 18, 2021, surrounded by his family at his home on Chicagos northwest side. Joe is survived by his wife Ann, seven children, twenty-six grandchildren, and one great-granddaughter.

Joes funeral Mass will be held Jan. 25 at St. John Cantius Church in Chicago and broadcast live on YouTube at 11 a.m. Central Standard Time. Click here to see the YouTube page where the Mass will be broadcast.

Mike Busse was a friendly and dedicated pro-lifer who was a regular presence at the now-shuttered Albany abortion mill in Chicago. I last saw and spoke to Mike a number of years ago. 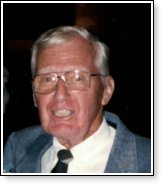 Michael spent his life in Chicago and graduated from Tuley High School. He was a minor league pitcher for the New York Giants, worked in the electronics field, was a devoted Catholic, did volunteer work for pro-life, was a kind man who loved to garden, and was a friend to all animals and birds.

Michael was a lifetime Chicago Cubs fan and he celebrated the 2016 World Series Championship with a hot dog and an A & W root beer. He enjoyed sharing his love for life and baseball with 10 nieces and nephews, many grand and great nieces and nephews, numerous cousins, relatives, and friends. Michael Busse Jr. was a gentle soul who will be missed and remembered by many. May the Lord receive him with open arms.

May Joe Scheidler, Mike Busse and all the faithful departed rest in the peace of Christ.