The following are excerpts from the recently-released book ‘Diary of an American Exorcist,’ by Monsignor Stephen Rossetti, D.Min., Ph.D. Thanks to Sophia Institute Press for giving me permission to publish these excerpts in my column. Click here to order a copy of the book in hardback format at SpiritDaily.com. 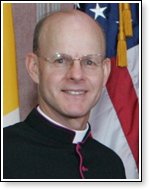 The usual demonic manifestations are these: the person thrashes in response to holy objects and prayers, the person displays hidden knowledge of team members or events, and a demonic personality comes forward in the midst of a session and speaks at the exorcist, usually in derogatory words.

Demons will sometimes manifest their presence by moving objects, turning electronic devices on and off, creating the sound of pounding footsteps, manifesting orbs of light or flashes of light, or slamming windows and doors. They manipulate physical objects in an attempt to intimidate and coerce.

But there are less-typical forms of manifestation, such as in the case above where the normal human eyes of the afflicted person were visibly transformed into the eyes of a snake. We have seen objects materialize out of nothing, including drug paraphernalia and bottles of alcohol in the case of addicts, presumably as a temptation or torture for the afflicted person.

Other exorcists have shown us photos of a variety of objects that were ejected from orifices of the afflicted during an exorcism, including nails, spikes, hair, small figurines, a large chain, and voodoo dolls. In one case, the person, rather grotesquely, expelled a huge snake.

Another exorcist team informed us that one of their afflicted persons levitated during a session.

Demons cannot perform miracles. Only God can perform miracles or empower others to do so. But demons can do what is “natural” for them. This includes superhuman strength and knowledge of hidden events, as well as levitating, materializing, or manipulating objects. So, what seems miraculous to us when demons are acting is really just natural for them. 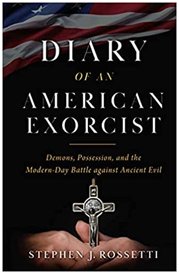 I love America, but it needs help. We typically do assessments of individuals who may have demonic activity. If one were to assess our country as a whole right now, there are strong signs that our country is demonically oppressed.

First, there are plenty of openings for the demonic. There is a significant drop in the practice of the Faith. This causes a critical loss of graced protection. Moreover, many people are practicing witchcraft and wicca, playing with Ouija boards, and engaging in occult practices that open the door to the demonic. There are close to a million abortions each year in the United States, and we have found this to be a huge demonic door. And there are other sinful behaviors on the rise, such as Internet pornography, drug and sexual addictions, and more. Sin gives evil increasing access to our lives.

Second, there are signs in our country of a demonic mentality infecting our communities. One of the first signs of the demonic is discord. The level of discord in this country is through the roof. Rising levels of unhappiness, hopelessness, and suicides are also typical demonic signs; suicide rates have risen in the United States for several years (according to statistics from the CDC through 2018). Outbursts of rage, anger, and violence often accompany demonic activity; one sign of this in our country is a steady increase in terrorism. Finally, Satan and his minions think of themselves as victims, and a victim mentality is increasingly pervasive in the United States.

These are disturbing trends that point to an increasing influence of Satan and his minions in our country. Of course, Satan does not have the final word. God is in charge, and His designs will never be thwarted. Nevertheless, I believe our country is becoming increasingly demonically oppressed (not yet fully possessed!).

What to do? As with any client who is oppressed, we start with closing the doors to the demonic. Stop sinning; stop practicing the occult, and start practicing the Faith. Barring any nationwide conversion or extraordinary divine intervention, or both, this is unlikely. In fact, all trends seem to be in the wrong direction.

But all is not lost! It has always been that the small barque of Peter, with a little band of the faithful on deck, can turn back divine judgment and “coax” the Almighty into shedding extraordinary graces on the people. The redemptive graces of Jesus’ death and Resurrection are infinite, and our merciful God intensely desires to shed these graces upon us.

What must we do? Love God and love the people—completely. Judge no one—left or right, liberal or conservative, Republican or Democrat, black or white. Pray constantly. Invoke the Blessed Virgin. Pray that our little prayers and sacrifices may be filled with the Spirit and share in the redemptive action of Jesus. Thus, they will become immensely fecund.

God will not abandon the United States. I believe it has a special role to play in the divine plan of salvation. But the influence of the demonic these days is palpable. The country needs us, and our prayers, right now.

“The exorcism and death of Anneliese Michel”