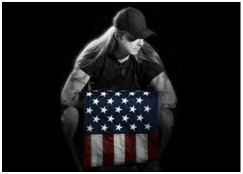 Not too long ago, when I lived in Chicago, I read a horrifying story about an eight-year-old boy who was shot to death a few blocks from where I lived.

It was one of those deeply disturbing stories, very sobering to a suburban-raised guy like me, especially since the boy was simply sitting in his car with his dad at the time.

His father had been driving down a busy street, and the boy, seeing newly-fallen snow, begged his dad to pull over so he could play in the white stuff. It was 10 pm, and the dad, wanting to please his son, gave in to his son's wishes. They didn't know it then, but when they parked, in front of a public school, they had pulled up directly behind a car full of gang members.

One of the gang, apparently fearing that an enemy was out to get them, jumped out of the car, stepped close, and shot the boy through the windshield.

We all hear about gang violence, but the untold story here is that the practice of evil twists one's perception of others. When you are kill others, you fear retribution. When you've unjustly committed some crime, you see in everyone else's motives some hidden agenda against you. Thus, gang members are always looking over their shoulders at everyone passing by, hands in their pocket, gripping a gun, ready to fire.

In the book of Genesis, after Cain slew Abel, he said, "I shall be a fugitive and a vagabond in the earth; and it shall come to pass, that every one that findeth me shall slay me." (Gen. 4:14) Cain, the murderer, feared the vengeance of others. He knew and feared that his act would draw others' anger.

This type of anger might be what's behind the recent rant of the leftist publication CityPages, in asking its readers to look for Christian preacher and rock musician Bardlee Dean in a photo it published. In a headline that screamed, "Can you spot Bradlee Dean in this photo...," the Minneapolis-based alternative newspaper drew attention to a Nov. 19 conservative event in Washington DC called Reclaim America Now.

Dean is a drummer for the band Junkyard Prophet and public speaker who brings his message of respect for the Constitution and for America's founding Biblical values to others. The fact that he's getting through to the young people of this country is unsettling to leftist publications like CityPages, whose hatred of the proper respect for sexuality is mingled with normal features likes sports and restaurant reviews – all in an attempt to make its perverted agenda appear honorable. 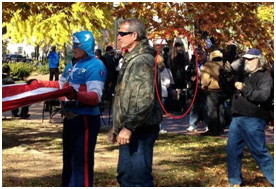 CityPages squawks about Dean, "He's hidden in plain sight behind Captain America in this photo from the rally." One can imagine the editors and writers, gleefully yucking it up over a Skype conference call, peering at photo after photo, looking for Dean like a gold nugget. They knew about his appearance because he was invited to speak at the event, thus drawing their thunderbolts of anger. In fact, Dean's tall stature and long hair are very hard to make out in the crowd, but I guess you could say that he's there.

Like gang members, or Cain, these writers see the ghosts of their enemies around every corner, under every rock – in every patriot rally. Shakespeare's Lady Macbeth cries, "Out, damned spot!" at the imaginary blood stains on her hand after she has conspired with her husband to murder the king of Scotland.

Reclaim America Now's organizer Larry Klayman has drawn the ire of CityPages, too. The website showcased the conservative lawyer's divorce proceedings and made some outrageously false claims against him. Klayman is now suing the paper. Dean himself is suing CityPages, MSNBC and Rachel Maddow for $50 million for defamation after their inflammatory and false statements were followed by anonymous death threats to Dean's staff and family. Folks, aren't these the real "hate crimes"?

Dean's ministry and nationally-syndicated radio program can be followed at Sons of Liberty Radio. Why not like Bradlee Dean on his Facebook page?