November 28, 2013
If you watched the last "60 Minutes" episode, did you hear the snoring in the background?

If so, it's because the news conjurers there are trying to ignore the elephant in the room about the Obamacare contraceptive mandate. The real news is that the Supreme Court is going to review a case which points to the chilling fact that the World Health Orgnanization (WHO) has classified the birth control pill as a Group 1 carcinogen. 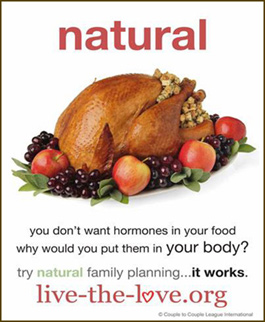 Many Americans will munch on delicious turkey this week. And some will agonize over whether they are eating a hormone-fed farm animal. And yet millions of women are injesting the hormone-poisoned birth control pill every day.

The WHO classifies combined oral contraceptives (the birth control Pill containing estrogen and progestin) as "Group 1: Carcinogenic to Humans," and that fact is documented by the Coalition on Abortion/Breast Cancer, a watchdog organization which this week is filing an amicus brief in the case.

"This shows the dangerous hypocrisy of Obama administration officials and 'reproductive health organizations,'" said Karen Malec, head of the coalition. "They harp on a supposed concern for women's health while pushing carcinogenic hormonal steroids on women."

The big news is that the prestigious U.S. Court of Appeals for the District of Columbia has approved of the facts proclaimed by the WHO and argued by Hobby Lobby and Conestoga Wood Specialties. Now the "Supremes" have agreed to hear the case.

HELLO, 60 Minutes and The New York Times. (And all other mainstream newsmakers). Wake up and smell the carcinogens.

Makes you wonder where is the greater injustice here – the Affordable Care Act, which is forcing employers of conscience, including the Catholic Church, to violate their beliefs and provide free coverage for contraceptives, abortion-inducing drugs and sterilizations – or is the real crime society's denial of the true dangers of the birth control pill?