Kevin J. Banet
Which of these scandals threaten America the most? 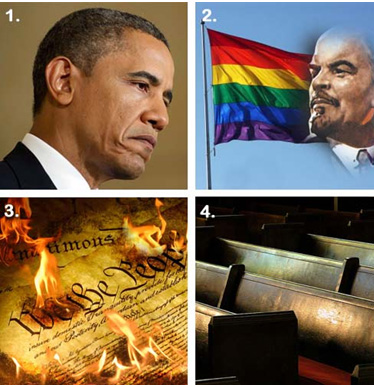 I ask you this question – which of the four scenaries below pose the most dangerous threat to America's freedom?

2. Aggression of leftist fringe groups. Homosexual activists, as well as leftists, liberals and socialists are trashing God's law and the Biblical foundations of America. These fringe groups have infested our schools, government and mainstream media.

3. Ignorance of the Constitution and our Biblical roots. If we don't know our freedoms, they will be taken away. The majority of Americans are unaware of their Constitutional rights and freedoms. How can we claim our rights if we don't know what they are?

4. Empty churches. I don't mean churches empty of bodies. I mean empty of informed and active Christians who go beyond a "feel good" Gospel. Who live and believe the message of Jesus Christ, and who work to restore the Christian values which America was founded upon.

If you answered that all four of these points are important, you are correct. Whether it is the left's radical agenda or good people who remain silent, evil is moving forward. And it must be stopped.

Here's How One Group Is Reclaiming America 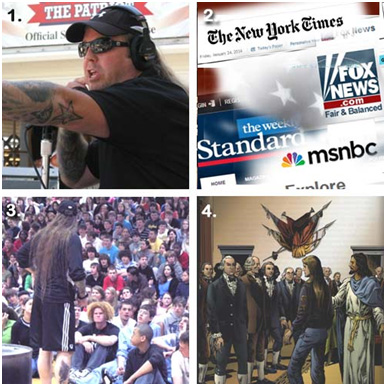 Bradlee Dean just returned from a tour in California, where he appeared on TV and radio shows, spoke with Tea Party activists, and more. The Sons of Liberty is moving our country forward.

The Sons of Liberty focuses on three major branches of influence: Radio, Events and Website Columns. They have a board of advisors to bring a greater scale of accountability and oversight. The nature of their ministry is high profile, and they continue to be in the forefront in the fight to restore our God-given Republic.

Get the Sons of Liberty Newsletter

Will you help America's rebirth by joining their efforts? Sign up for their weekly Sons of Liberty Newsletter today and receive their free popular "Patriots' Final Rest" screen saver. Or go to the Sons of Liberty Radio website.