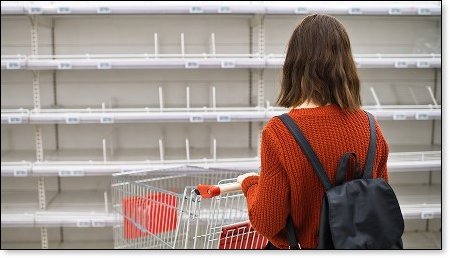 If you are expecting a specific passage of the Bible to refer to the upcoming midterm elections, don’t hold your breath. But as the Bible refers to the general decline of nations in the last days, our midterms are part of the web and weave of it all.

We love to repeat the worn-out phrase about how religion and politics don’t mix, but trying to extricate the will and counsel of God from our history is an act of pure futility. Everything we do, including our involvement with politics, enters the realm of God’s responses to us in real time.

The harder a nation sins, the harder it falls.

America’s first and most serious mistake is not political. Americans seem almost incapable of understanding that God sees nations as a body of like minds, and their collective sinfulness is dealt with on that basis.

“Righteousness exalteth a nation: but sin is a reproach to any people” (Pr 14:34).

We know the difference between a president and a savior

As true believers, we are indebted to the gospel message and that means we are to put the message of life-giving salvation through the shed blood of the Savior first. We may also encourage civic-mindedness in choosing the best president and other leaders for the country, but we are not confused.

But we can safely say that, for those who do not choose Christ, it is not likely they are going to make the right choice for a conservative and patriotic president.

It is said that the more popular Christianity becomes, the weaker it becomes. There is little doubt that Christianity is on the wane in America and is estimated to be decreasing by 1% every year in the last several years. The mega church model is slipping, and the sense that it has become largely big production entertainment is causing many to look for something else.

Those who personally turn to God already know that politics would be the poorest substitute for their relationship with and their worship of God.

We also know that politics affects almost every facet of our daily lives. Inflation, prices, housing, schooling, and social matters are all guided by the political climate of the day.

This alone is the reason we must choose leaders who are morally circumspect and honorable. With today’s democrats in control of the nation’s politics, that has become almost impossible.

If we do not change these things, it will not matter who we vote into office

Warning America of the changes it needs to make is both a calling and an irrepressible compunction born of the very Spirit of God. Even though it has been said in so many ways, the urgency has never been so great as it is this day.

We cannot continue to mutilate and molest our children in the name of gender confusion and transgenderism as we are now doing in our hospitals and clinics. It will bring deadly results regardless of who we vote for. God has his limitations.

Next, if we continue to teach our children that they may not be the gender they were born as, God will intervene, and the results will be a further plunge into financial distress and natural and manmade disasters.

Homosexual madness, transgender experimentation, and national gender dysphoria are demonically induced proclivities from the pits of hell, and no one is entitled to make an apology for us. We don’t ask devils for their opinion about anything.

If we will not defend and protect our children, God will. The days when he stands up to require us to hear him will be the sorriest days our nation will ever know.

On the outside chance that you are not familiar with this word, it means “cut it out”—quickly. We are dangerously perched on the precipice of our own destruction, Republican or Democrat leaders notwithstanding.

Are the things we allow the reason God has allowed Joe Biden to take office?

“And he changeth the times and the seasons: he removeth kings, and setteth up kings: he giveth wisdom unto the wise, and knowledge to them that know understanding” (Daniel 2:21).

The Bible is quite clear, God has declared that he alone sets up or takes down rulers. Could Joe Biden have slipped by God’s sovereignty to take the White House? In fact, he may have slipped by us, but God is never fooled.

Here is a compact list of what we are allowing in our nation right now that could have caused God to bring in the kind of rulers we have at this moment.

The sexualization of our children.

Teaching of CRT and other socialist doctrines in our schools.

Promotion and active promulgation of the entire LGBT+ agenda.

Exposing children to trans people in libraries and classrooms.

Removing faith and belittling the faithful in our schools and universities.

The hatred of those in specific political parties and their former leader Donald Trump.

The clamoring for yet more dead babies in some states to add to the 60+ million already lost to the scourge of Roe v. Wade.

The wasting of America’s wealth and taxes on a fake cult called climate change.

The legalization of drugs and the permissive attitude toward drug abuse.

The opening of our sovereign borders to anyone including human traffickers, drug smugglers, and terrorists.

The dishonesty and skullduggery of dead, fake, and non-existent voters in our national and local elections.

The deliberate destruction of our energy dominance and independence and the selling of our reserves to our enemies.

The ongoing and totally undesirable effects of our own deep sinfulness , and this is just the beginning

The very real threat of nuclear war with our greatest enemies.

The shortage of food and staples.

Rising costs of all goods.

Rising cost of fuel and energy.

Decline of education and practical training across the nation.

Unbridled crime and endangerment of millions in our cities and suburban areas.

Fentanyl deaths that overtake the number of victims lost to fake gender dysphoria.

The two-part solution in all its attractive simplicity

Tomorrow is up to us, but here is what’s ahead for the very near future.

We can describe and endlessly discuss the state of the nation and what will happen to us if we continue our present course. But then along comes the prophetic.

Here is what I can say with complete confidence.

America is headed for an ever-deepening period of extreme poverty and scarcity. The cornucopia is emptying fast, and it has only begun.

Turn now, America, while there is still time.