Michael Bresciani
Will New York City start fresh with Zeldin or slide back to the mud and vomit? 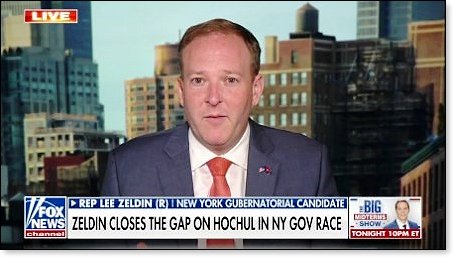 “But it is happened unto them according to the true proverb, The dog is turned to his own vomit again; and the sow that was washed to her wallowing in the mire” (2Pet 2:22).

It is no secret that Lee Zeldin’s gubernatorial campaign is doing well throughout the state of New York but lagging a little behind in the Big Apple.

The Old Gray Lady (New York Times) has become the bull horn, cheerleader, and coach for the Democratic Party, but the streets and subways of the city have become the trenches and front lines of the wounded, dead, and suffering.

New Yorkers being pushed off subway platforms, robbed and beaten on the streets, and all crimes have been daily (and hourly) occurrences, but Kathy Hochul’s response to the attacks has been something that seems to have originated in the twisted mind of existentialist John Paul Sartre.

The New York Post has depicted Hochul with a tin hat, but worst of all, she has insulted New Yorkers by dismissing their fears even while they watch the violence unfold before their eyes.

Therefore, the term “The dog is turned to his own vomit again” is not too harsh, and it most certainly is referring to the political class, not the working class and other decent people of New York City.

State law in New York has a mechanism by which the governor can fire prosecutors who will not enforce the law. That means that soft on crime Manhattan District Attorney, Alvin Bragg, could be given a pink slip—but Hochul will not be the one to issue the dismissal.

Behind the firing of Bragg, there will be a need to re-build the battered ranks of the NYPD. Only Lee Zeldin can and will handle that rebuild.

Whether we call it the city that never sleeps, the Big Apple, or the home of the Old Gray Lady, Kathy Hochul alone will be the source of a new appellation for the grand old city. Her streets and subways will become The Big Red Bloodbath.

It has already begun!

Crime and No Punishment

Woe to Those Who Call Evil Good and Good Evil