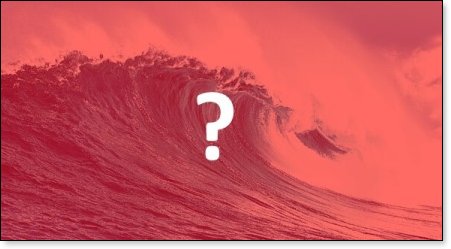 Democracy was never at risk and abortion is still murder in God’s eyes.

Anyone that believes that killing a perfectly healthy human being in the womb is a need, a right, or a political point has something wrong with them akin to leprosy of the conscience. It is moral decadence that has crossed the line into total reprobation. It is a gangrenous rot that cannot be reversed.

In fact, when those in power think it is their duty to ensure the right to kill innocent humans, it is no longer government, but a death cult.

The Republicans had a three-point list which claimed that inflation, crime, and immigration were the things that would concern most Americans in the mid-term elections.

The Bible is quite clear about a worldwide change in thinking and attitudes as the last days approach. We think any notice of the change is only the speculation of few people with a Bible and a keyboard sounding out from down deep in the backwaters of the internet. But Jesus Christ was the first to tell of the worldwide changes.

With complete authority, Christ warned that people we might call lost, reprobate, demonically driven and wicked would always outnumber those who were called to be part of Christ’s eternal kingdom.

This helps to explain why even without a great concerted effort on the part of abortion loving liberals, transgender activists, and open border enthusiasts, the Democrats managed to thwart the great red wave.

They have always had the largest base of any political persuasion on the planet, not just in the United States.

But Christ warned that as the nations aged and plunged forward to the last days before his return, they would collectively decline all morality, standards, and conventions.

Christ summed it all up with a single question.

“Nevertheless, when the Son of man cometh, shall he find faith on the earth?” (Lk 18:8b)

But the reprobates are just as easy to gather into Armageddon, as watching the sunrise.

Transgenderism – God gave one of the gravest warnings in all of scripture to those who would misguide or harm innocent children.

“But whoso shall offend one of these little ones which believe in me, it were better for him that a millstone were hanged about his neck, and that he were drowned in the depth of the sea.” (Mt18:6)

Homosexuality and Pride – Just as perverted as it was the first time God gave all men this warning.

“And likewise also the men, leaving the natural use of the woman, burned in their lust one toward another; men with men working that which is unseemly, and receiving in themselves that recompence of their error which was meet.” (Ro 1:27)

Abortion – Scripture uses the term “innocent blood” nineteen times. There isn’t a shred of doubt that abortion is the shedding of innocent blood.

“These six things doth the LORD hate: yea, seven are an abomination unto him: A proud look, a lying tongue, and hands that shed innocent blood…” (Pr 6:16-17)

Mocking the faith of others and suppressing the church – Atheism, agnosticism, wokeism, CRT, and all their varied liberal ideological cousins are kin with the Pharisees of old. This is what Christ said to them. Jesus minced no words as the term “child of hell” indicates.

“Woe unto you, scribes and Pharisees, hypocrites! for ye compass sea and land to make one proselyte, and when he is made, ye make him twofold more the child of hell than yourselves.” (Mt 23:15)

A borderless community across which flow abused children, deadly drugs, terrorists, and people breaking the law to get in. Romans 13 is frequently used to call believers into towing the line to civil and political authorities. But, if civil leaders are themselves evil or crooked, then the same passage gives warning to them. It is not too far a stretch to extrapolate this from the theology in Romans thirteen. What’s good for the goose…

“For rulers are not a terror to good works, but to the evil. Wilt thou then not be afraid of the power? do that which is good, and thou shalt have praise of the same: For he is the minister of God to thee for good. But if thou do that which is evil, be afraid; for he beareth not the sword in vain: for he is the minister of God, a revenger to execute wrath upon him that doeth evil.” (Ro 13:3-4)

We talk more about the decline of America than ever before because it seems like it is not the country we once knew. Can we return to what we once were? The answer is always yes, but the decision is not open to us forever. There is always a day of reckoning or as some say, a day of no return. Let’s not try God who also gave us this warning.

“At what instant I shall speak concerning a nation, and concerning a kingdom, to pluck up, and to pull down, and to destroy it; If that nation, against whom I have pronounced, turn from their evil, I will repent of the evil that I thought to do unto them.” (Jer 18:7-8)

Political power doesn’t originate in the halls of Congress or the White House.

In an almost frightening passage, we see that Satan who is the god of this world is given complete authority over human government and cities, but only in the most provisional manner.

“And the devil, taking him up into an high mountain, showed unto him all the kingdoms of the world in a moment of time. And the devil said unto him, All this power will I give thee, and the glory of them: for that is delivered unto me; and to whomsoever I will I give it.” (Lk 4:5-6)

He retains that power tentatively until the people cease to long for, and work for, a righteous outcome to their very existence.

The last thing Christ said before he ascended to the Father was that all power in heaven and earth had been transferred to him. (Mt 28:18) Satan is running on borrowed time. But in the last time as we know it, he will run roughshod over kingdoms and nations.

America can withstand and prevail, yes, only if she wills to do so.

Democrat’s Demon Platform for 2022 – Codify Death of the Unborn, Transgender the Rest

The Red Wave That Really Matters