November 8, 2009
I have long harbored strong doubts about the knowledge that most Americans possess regarding the sources of energy they largely take for granted. We flip a switch and the lights go on. We pull up to the gas pump and drive away. We use machines that are totally dependent on having enough electricity to power entire cities as well as rural communities. 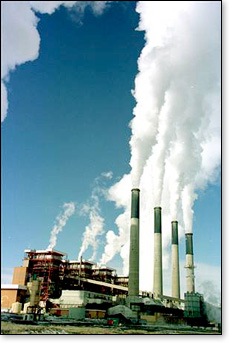 Since all successful economies depend on abundant, affordable energy, why is the Congress preparing to pass a cap-and-trade bill, renamed to suggest "clean energy" and "national security" has anything to do with a huge tax on the use of energy by all Americans?

There are some fundamental facts about energy in America you need to know. The Congressional Research Service recently released a report on U.S. energy reserves. To begin:

The U.S. has 1,321 billion barrels of oil (or barrels of oil equivalent for other sources of energy) when combining its recoverable natural gas, oil and coal reserves. This is oil known to exist and oil estimates in fields as yet untapped. Between Alaska and the continental offshore potential, we could literally be self-sufficient.

Keep in mind, however, oil represents less than 40% of our energy use, nor do we import most of that from the Middle East. Two-thirds of our oil consumption comes from North America with Canada and Mexico being major providers. By expanding domestic production, we could reduce dependency on the Middle East even further.

That said, since the days of Jimmy Carter, the White House and Congress has gone out of its way to make it difficult, if not impossible, to tap domestic reserves. When a windfall profits tax was imposed on November 9, 1978, it sent a message to U.S. oil companies they were not welcome here.

While ExxonMobil is the favorite target of environmental organizations such as Friends of the Earth or the Sierra Club, the fact is that it is no longer in the seven top oil producers in the United States. The "big" domestic oil companies are now Aera Energy, Anadarko, and Occidental. ExxonMobil looks for oil in overseas locations.

Astonishingly, other oil producing nations whose reserves are ranked behind the U.S. are Russia, Saudi Arabia, China, Iran, and Canada. The only oil "shortage" in the U.S. is one created by Congress and the energy policies of a succession of past presidents. An estimated 87% of our oil reserves remain untouched.

When it comes to coal, the United States is the Saudi Arabia of coal with 28% of all the world's coal reserves. Russian comes in second with 19%. Coal represents more than 50% of all the electricity produced in America and the Obama administration has declared war on it.

The cap-and-trade bill before Congress puts all of its emphasis on the two worst, most expensive, and job-killing forms of energy, wind and solar. Combined they represent a pathetic 1% of electricity. They are unreliable sources, dependent on whether the sun is shining or the wind is blowing. Moreover, though never mentioned, they require backup sources of traditional energy production. You cannot have wind or solar energy without also having a coal-fired, hydroelectric, or nuclear plant to ensure a steady source.

As reported in Newsweek, "Each year as much as $100 billion is spent by governments and consumers around the world on green subsidies to encourage wind, solar, and other renewable energy markets."

The result, in the U.S. is a virtually army, "1,150 lobbying groups that spent more than $20 million to lobby the U.S. Congress as it was writing the Clean Energy bill (which would create a $60 billion annual market for emissions permits by 2012.)"

The Newsweek article said, "It's a genetic defect that not only guarantees great waste, but opens the door to manipulation and often demonstrably contravenes the objectives that climate policy is supposed to achieve."

We do not have a climate policy in the United States. We have a huge scheme to enrich a small group of people who will control the exchanges for utterly bogus "carbon credits," nothing more than the right to emit carbon dioxide as the natural result of burning fuel for energy. It is not, however, such industrial and other uses that represents the largest emitter of carbon dioxide. The Earth itself is responsible for 95% of the CO2 in the atmosphere and that CO2 represents 3.618%.

By comparison, nuclear energy does not produce CO2 emissions and yet there hasn't been a new nuclear reactor built in the United States for some thirty years.

The same is true for the building of a single new oil refinery in America. Since it takes about a decade from start to finish on these huge engineering projects and a billion dollar investment, it would be 2020 before one was in full production if begun next year. The real question is, if you were an oil company CEO, would you invest that kind of money when the U.S. won't let you explore or extract oil on or offshore?

What no one is telling you is that CO2 does not "cause" global warming and there is no global warming. The Earth is actually in a natural cycle of cooling that began in 1998 and is anticipated to last at least two to three decades.

Europe's experience with "renewable" energy has been a disaster. Great Britain is facing blackouts that will make economic growth impossible and wreak havoc on the daily lives of the English. As with other European nations, it has driven up the cost of electricity.

The American energy consumer is being lied to and stolen from in the form of the cap-and-trade bill under consideration and other obstacles.

The nation as a whole is being put at risk for lack of access to our own vast energy reserves, coal, oil, and natural gas, as well as nuclear power that will be needed to reverse the present recession, unemployment, and the ability to grow our way back to prosperity.