March 15, 2010
During what can only be hoped will be the final struggle between the socialist and capitalist approach to health care the debate is focused on the cost of Obamacare, its impact on the nation's economy, its legislative over-reach, and the fact that it will ration care. 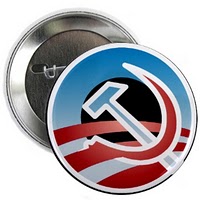 If Obama wins, America loses. The "reforms" will ultimately end up killing people who would otherwise have survived illness or injury if it is implemented. Beyond that, Obama's efforts to control large segments of the economy will pick up momentum.

An entire generation or more of Americans who did not live through the Cold War waged against the former Soviet Union or saw the rise of communism in China are unaware of the toll it took on humanity. In a 1997 book, "The Black Book of Communism: Crimes, Terror, Repression," published by Harvard University, it set the death tolls at 65 million in China, 20 million in the Soviet Union, and so on. The total worldwide exceeded 100 million.

This week Americans will see if their system of government works to represent their will. When it controls the provision of health care, the government will literally have life and death authority over people.

Those who voted for Obama, giving him a fairly slim margin of victory, and those who instinctively sensed something terribly wrong in the man have now had their worst fears confirmed.

If our system of government works, it will reject Obamacare because that is what it was designed to do. The Constitution is structured to slow down the passage of a really bad law and to create obstacles to bringing it to a vote.

Only an administration with a totalitarian inclination would go to the lengths we've seen to pass a law that 75% of the people reject.

Obama is driven entirely by ideology and it's the same one that motivated Lenin, Stalin, Mao, Castro, and the other dictators of the last century.

Ideologically, Obama is a communist whose views were shaped by a communist mentor in his youth. He is a true believer in the economic and social views of communism that government must control all aspects of the individual's life and owns the fruits of his labors and earnings.

Over the years the voters have elected representatives and senators who subscribe to socialism since its introduction during the FDR era. Speaker Nancy Pelosi does not have to concern herself with the nearly 80 members of the Progressive Caucus. She has no Republican votes. It's the other Democrats who are giving her fits.

Beyond Obamacare, there are other issues that are directly affected by his ideology and at the top of the list is the belief that the economy must be destroyed in order that a new set of governing principles be imposed. It is astonishing how the power of the executive and a highly centralized government facilitates this.

No element of government rule is safe from Obama's clique of leftist "czars" installed to direct the various departments of government. From attempting to seize large portions of land for federal control to threats to regulate carbon dioxide, the heavy hand of socialist goals can be seen.

The administration moved swiftly to acquire control over General Motors and Chrysler instead of allowing them to go through bankruptcy for restructuring. Its "stimulus" program not only isn't producing jobs, the number of jobless grows with every passing month.

Obama's most troubling ideological threat to the nation is in the area of national security. In his book, "Courting Disaster," Marc Theissen documents "how Barack Obama has exposed (CIA) secrets to the enemy, unilaterally disarmed us in the face of terror, and invited the next attack." Another attack would be the opportunity to declare a national emergency and impose martial law.

Regarding the CIA interrogation program that produced invaluable intelligence about the structure of al Qaeda as well as its plans for more attacks, Theissen notes that "in his first forty-eight hours in office, President Obama shut the program down." That is not the act of a man whose very oath of office requires that he swear to "preserve, protect and defend the Constitution of the United States" and, by doing so, protect its citizens.

The President's ideology and that of his Attorney General blinded both to the obvious idiocy of extending Constitutional rights to enemy combatants, men not even protected by the Geneva Convention rules of warfare. The announcement that Khalid Sheikh Mohammed would be tried in New York City produced instant and widespread outrage.

Outrage has also been demonstrated by the thousand and more TEA Party (Taxed Enough Already) groups that have sprung up around the nation. Their protests are being heard despite the effort of the mainstream media to marginalize them.

The best thing Barack Obama could do for his nation would be to submit his letter of resignation as President. He's not likely to do that because he is too busy trying to destroy America.