March 17, 2010
Don't you think, if the Democrats had the votes for Obamacare, it would be the law of the land right now?

I have been telling friends for days that it doesn't matter if Obamacare is somehow "passed" by the House and sent to the White House for the President's signature. It is as dead as Marley's ghost. 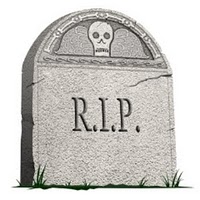 The law will be challenged by law suits or possibly nullified because of the manner of passage and elements of its content that require citizens to buy health insurance. That is manifestly unconstitutional.

I know the common wisdom among the Democrat denizens of Washington, D.C. is that once Obamacare becomes law the great heaving mass of ignorant and unwashed citizens will quickly forget about the whole thing. They are wrong.

Obamacare is the equivalent of the Confederate States declaring succession and the first shots fired at Fort Sumter. That time it took a war to restore the Union, but this time a huge majority of people, Democrats, Republicans, Libertarians, independents, and every other political flag other than the Communist and Socialist Parties USA is opposed to this 2,700 page monstrosity.

Truly, Barack Hussein Obama has brought us all together. Against him!

With regard to the States, one after another is passing resolutions and laws to exempt themselves from the authority of Obamacare and it is likely to reignite and vivify the Tenth Amendment as nothing has in decades.

"The powers not delegated to the United States by the Constitution, nor prohibited by it to the States, are reserved to the States respectively, or to the people."

The people. That's us.

In his iconic novel, "On the Road," Jack Kerouac (1922-1969) wrote, "This is the story of America. Everybody's doing what they think they're supposed to do."

That's how the Tea Party movement exploded out of nowhere and suddenly was everywhere. It's all those people jamming the phones on Capital Hill, burning up its fax machines, overheating its email system. It is quintessentially American.

And, as for the States, they are all sovereign republics! They have their own constitutions. And they will fight back, too.

There isn't a governor breathing who (a) doesn't know his State is broke and (b) knows Obamacare will aggravate that condition to a point where they no longer will have any budget over which they can exercise any control because this "entitlement" is the ultimate deal-breaker.

So let Madame Pelosi babble away about leaping over fences and parachuting in as if America was some enemy nation to conquer. It does not matter whether she gets Obamacare "passed" or not.

For now, I am going to assume that it will be defeated in the House.

Even if Obamacare passes the House and is sent to the President, Obamacare will still be a dead man walking.