July 14, 2010
You may have noticed that the mainstream media has virtually dropped "global warming" as a topic worth reporting. That can be traced to "Climategate," the November 2009 leak of emails that revealed the global hoax perpetrated on us by a small group of scientists who had been generating false information about the non-event that is climate. 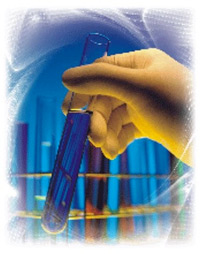 Billions of dollars have been wasted on "research" about what amounts to the greatest fraud in the modern era. It is essential to bear in mind that the baseless claim of Earth burning up has been created in the United Nations Environmental Program and is supported by millions of dollars in propaganda from leading environmental organizations.

The public has become increasingly reluctant to be stampeded by specious scientific claims and with good reason; the science cited has often been false. Yet what we saw with global warming is repeating itself, this time with the plastics additive bisphenol A (BPA), a chemical used to harden plastic and has been in wide consumer use for more than half a century. It is used to improve the safety and reliability of everything from DVDs and consumer electronics to sports safety equipment and shatterproof bottles.

BPA is among the most tested chemicals in history and not a single study has ever shown any harm to humans under normal consumer use and exposure. Yet junk scientists have generated enough false or misleading data to prompt lawmakers and regulators to propose and pass bad laws based on this bad science.

A current case in point is Sen. Dianne Feinstein (D-CA) who is trying to impose a ban on BPA in applications involving contact with food. The chemical is widely used in the epoxy that lines food cans to improve safety by helping prevent food borne illness, as well as some baby bottles. The problem is her political agenda isn't supported by sound science. Furthermore, there is no replacement for BPA in can linings and whatever is eventually used will be far less tested for safety, thereby increasing health risks for consumers.

Political pressure has led to BPA ban efforts in New York, Massachusetts and California. Several other states and municipalities have already enacted such bans, all of which were passed on the basis of politics rather than science.

The claim is that BPA poses a health threat, particularly to infants and children up to the age of three. Voting for anything that allegedly "protects" children may be good politics, but in the case of BPA, it is bad science and, worse, risky to human health and bad for the economy when you consider how many containers rely on this chemical to ensure their contents do not spoil.

This issue has been raised in Europe as well and scientists on the European Food Safety Authority (EFSA) evaluated more than 800 studies on the topic, including one that was the basis for a partial BPA ban in Denmark. But after reviewing the science, the EFSA concluded that there is no evidence of harm from BPA and no evidence of neurobehavioral effects, even for infants and small children.

Such studies are normally conducted on laboratory rats, including a large independent study by the U.S. Environmental Protection Agency. Dr. Earl Gray at the EPA laboratory in North Carolina applied his 30 years of experience to the question and in doing so he and his colleagues failed to find any discernable adverse effects in the rats or their offspring, despite claims that BPA disrupted endocrines in humans.

Rats in these studies were unaffected even when they were fed doses several thousand times higher than the maximum exposure that could be experienced by humans. The methodology in such experiments has been around a very long time and is well established. Opponents of such studies  all of which show no demonstrable effect  usually fall back on claiming that the rats used were "insensitive" to BPA. That is rubbish.

The bogus BPA fears have also been debunked by Professor Richard Sharpe, a senior scientist at the Center for Reproductive Biology in Edinburgh, Scotland. In April he published an opinion dismissing the oft-heard propagandistic claims that "The science is clear and the findings are just not scary, but horrific," and that feeding an infant from a shatterproof baby bottle is like giving a baby a birth control pill.

"This statement," wrote Prof. Sharpe, "is not only wrong, it is a complete misrepresentation of what the scientific facts show." Addressing the issue of the difference between the female sex hormone, ethinyl oestradiol, and BPA, Sharpe wrote, "You need at least 10,000 times as much bisphenol A as you do ethinyl oestradiol to have a similar oestrogenic potency."

In 1990 I founded The National Anxiety Center as a clearinghouse to debunk "scare campaigns" designed to influence public opinion and public policy." Laws are public policy and passing bad laws on BPA based on bad science costs the American public billions of dollars that we can ill-afford to spend.

The claims against BPA have been proven wrong in America and in Europe, but venial politicians and the groups supporting them have not given up the fight. It does not matter how many states pass bans. Either we insist on good science as opposed to the machinations of scare mongers and the politicians they enlist, or we shall continue to suffer the loss of scarce tax dollars and valuable chemicals that enhance our lives in countless ways.