Alan Caruba
The EPA must be stopped!

It is a frontal attack on the U.S. economy that is currently in the throes of a decline that has not been seen since the Great Depression. 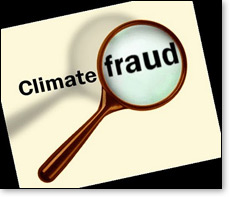 If the EPA succeeds in this Big Lie, the provision of affordable energy in America will cease.

"The U.S. Environmental Protection Agency is proposing two rules to ensure that businesses planning to build new, large facilities or make major expansions to existing ones will be able to obtain Clean Air Act permits that address their greenhouse gas (GHG) emissions."

The Clean Air Act does not cover carbon dioxide (CO2) which the EPA deems the primary GHG. This is because poses no threat to the environment and, indeed, is a vital and essential element of the environment insofar as all vegetation from a blade of grass to a giant Sequoia tree is dependent on it for growth.

Moreover, the proposed regulation of CO2 is based on the global warming fraud that says that it is responsible for a significant warming of the planet. There is not a scintilla of proof of this and, indeed, the Earth is presently in one of its natural cycles of cooling, not warming.

Thus, there is no scientific justification for the regulation of carbon dioxide no matter how many times the EPA says there is.

The EPA release says "projects that will increase CHG emissions substantially will require an air permit."

If American industry, particularly the targeted "power plants and oil refineries," are required to get GHG permits, it will put yet another huge sector of the nation's economy under the thumb of the most insidious exponents of the global warming fraud, enemies of any economic growth.

"The Tailoring Rule covers large industrial facilities like power plants and oil refineries that are responsible for 70 percent of the GHGs from stationary sources," says the EPA news release.

What it doesn't say is that this power to regulate that does not exist in the present Clean Air Act.

It will cause electricity costs to skyrocket along with gasoline and all other oil derivatives. It will utterly wreck the U.S. economy that is already in dire straits.

If an invading nation had imposed these kinds of restrictions on Americans, we would be in the streets with guns and any other means to fight them.

There is NO global warming. Carbon dioxide plays NO role in this non-event.

This is regulation by deception, by lies, by the arrogance of environmentalists who view the human race as a cancer on the planet.

And, naturally, they have waited until Congress has gone on recess to "propose" this attack on the nation.

Take action! Contact your Representatives and Senators. Drown the White House in protests.

The EPA must be stopped!