October 8, 2010
Faisal Shahzad was sentenced to life in prison on October 6th for trying to kill a lot of innocent Americans in Times Square on May 1, 2010. He was completely unrepentant and we need to understand the funhouse-mirror mentality of Muslims who believe that Allah, through the Koran, has granted them, not just the right, but the duty to kill infidels who offer any defense against their outrages. 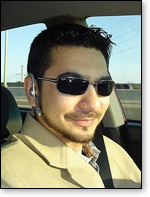 There is no question that the U.S. has had to be active militarily in the Middle East ever since the former Iraq dictator, Saddam Hussein, invaded Kuwait on President George H.W. Bush's watch.

The former director of the CIA, ambassador to China, and then leader of the free world understood that, if no action was taken, Saddam would be into Saudi Arabia next. Saddam had previously spent eight fruitless years in a war with Iran. It is one of history's ironies that his son, George W. Bush was president on September 11, 2001 when the homeland was attacked by Muslim terrorists.

According to Iran's president, Mamoud Ahmadinejad, and most of the people in the Middle East, 9/11 was an "inside job," staged by the CIA or even the White House for the sole purpose of justifying the invasion of Afghanistan and later Iraq. You have to be able to believe the unbelievable to be a Muslim and the more absurd the better.

That's the background to the story of Shahzad who was born in Pakistan in 1979 and, on December 22, 1998, was issued a student visa in Islamabad to come to America. In a stunning article by Jessica Vaughan, "Faisal Shahzad: So Easy, Anyone Can Do It," the author spells out why America, before and ever since 9/11, has been allowing Middle Easterners to come here and plot to kill us.

Vaughan, a former U.S. consulate officer who dealt with the issuance and denial of visas, spelled out why Shahzad was a poor candidate for the bounties America would bestow upon him. To begin with, he failed to demonstrate that he had the academic qualifications to study here.

"He was applying as a transfer student, and his transcript from his correspondence course with Southeastern University, a now defunct fourth-rate academic program, show a GPA of 2.78, including several D's and an F in basic statistics." Moreover, there has been no information released regarding how Shahzad claimed he would pay for his education, "another common deal-buster for student visa application."

Vaughn speculates that since Shahzad's father was "supposedly a prominent military officer" the consulate did not want to deal with his or his government's complaints if his son was refused a visa. Oddly, the visa was for four years when two would have sufficed for him to complete his degree requirements.

What emerged was a pattern of behavior that should have gotten Shahzad on the next plane home to Pakistan, but did not. In 2001 he began working for a temporary staffing agency even though his student visa did not include permission to work. A year later he was issued a H-1B visa. This particular visa is intended to bring in the best and the brightest to work here, not some middling, ordinary worker.

For reasons unknown, in 2004, Shahzad came under the scrutiny of the local Joint Terrorism Task Force. Despite this, his U.S. born wife filed a green card petition for him and it was approved in January 2006 even though the marriage was quite sudden, a red flag as some foreigners marry to establish grounds to stay.

Vaughn notes that "the green card application process is firmly rigged in the alien's favor, with few applications refused or challenged, especially those involving marriage to a U.S. citizen." In October 2008, Shahzad applied for U.S. citizenship. The fact that most immigrants wait six to ten years before applying didn't raise any suspicions seven years after 9/11. And this one was from Pakistan, a hotbed of jihadist activity.

The U.S. is in a virtual state of war with Pakistan. It is blocking a major supply route to ours and NATO troops in Afghanistan and it is harboring the Taliban. It is a nuclear state so the stakes are quite high.

On April 17, 2009 Shahzad was sworn in as a U.S. citizen. In the vast bureaucracy of the immigration process, the fact that he had earlier aroused some suspicion was lost.

After that, it gets very dicey. On June 2, 2009, Shahzad left for Pakistan and did not return until February 3, 2010. Three months later, he attempted to kill Americans in Times Square.

At his sentencing, he told the court, "Brace yourselves, because the war with Muslims has just begun. Consider me the first droplet of the blood that will follow. We are only Muslims trying to defend our religion, people, homes and land, but if you call us terrorists, then we are proud terrorists and we will keep on terrorizing you until you leave our lands and people at peace."

This does not, of course, explain why Muslims have been committing acts of terror worldwide in London, in Madrid, in Mumbai, in Bali, and everywhere else they seize the opportunity to use terror to advance their ultimate goal of global domination. Claiming to be victims is bizarre.

Every step of the way, the U.S. made it easy for Shahzad to betray a nation that offered him an opportunity that countless thousands around the world want; the chance to become an American.

We need to pay attention to the warning Shahzad gave us. Somewhere in the huge bureaucracy of our immigration, our homeland security, and our intelligence services, those issuing visas and those charged with protecting us need to make it far more difficult to permit anyone from the Middle East to arrive, to blend in, and to plot the next terrorist act.

We are all just that much more vulnerable because in 2008 we elected a president who has made it clear that one of his objectives is to "reach out" to the Middle East in order to convince Muslims we are their friends. They are not our friends, nor even friends to one another.