May 12, 2011
It was a relatively short Wall Street Journal article on Saturday, May 7th. "Fannie Mae Falls Back Into the Loss Column."

"Fannie Mae reported a net loss of $6.5 billion for the first quarter as a weakening housing market dashed hopes that the company had stabilities," wrote Nick Timiraos. "Fannie said Friday it would ask the government for a fresh taxpayer infusion of $6.2 billion after paying dividends to the Treasury." 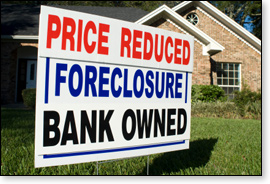 What we are witnessing — and paying for — is the way this "government-sponsored enterprise" (GSE) has distorted the nation's housing market since it came into being. Freddie Mac is another GSE that shares the blame.

In a Cato Institute Policy Analysis by David Reiss, the author notes that "Fannie and Freddie are extraordinary large companies: together they own or guarantee more than 40 percent of all the residential mortgages in the United States. This amounts to more than 4.2 trillion dollars in mortgages."

In a free market economy, when did anyone ever imagine that the government would "own or guarantee" the vast bulk of home mortgages? And why? This is the result of socialist policies that assert that everyone should have an imagined "right" to own a home when common sense says that not everyone could qualify for this.

The result was a storm of "ninja loans," no job, no assets, and in many cases no down payments to secure the loan. The full story, however, is much worse. In an April Business Week commentary, "The Destruction of Economic Facts," economist, Hernando de Soto, noted now the development of systems to record facts regarding the ownership of property that "organized, standardized, recorded, continually updated, and easily accessible" ensured that the essential trust required to engage in commerce have been destroyed.

"Over the past 20 years," wrote De Soto, "Americans and Europeans have quietly gone about destroying these facts. The very systems that could have provided markets and governments with the means to understand the global financial crisis — and to prevent another one — are being eroded."

Little wonder, then, that Reiss, an associate professor at Brooklyn Law School, says the "current state of affairs presents an opportunity to reform the two companies (Fannie and Freddie) and the manner in which the residential mortgage market is structured." His answer is that both should be privatized so they can compete on an even playing field with other financial institutions."

While acknowledging that, during the 1970s, Fannie and Freddie, along with Ginnie Mae, "effectively created the secondary mortgage market," Reiss warns that "the two companies have two of the most powerful lobbying machines in Washington" citing them as "poor agents of public policy...with unmatched influence."

Fannie and Freddie are classic examples of why government should be restricted to its role of protecting consumers and kept from engaging in commercial enterprises. Alice Rivlin, when she was the director of the Office of Management and Budget, warned that GSE's were created because wholly private financial institutions were believed to be incapable of providing an adequate supply of loanable funds at all times and to all regions of the nation for specified types of borrowers." That, however, is not a function of government.

As we have seen in the financial crisis of 2008, the combination of untraceable owners of "bundled" mortgages as securities and the inability of the GSE's to meet their accumulated obligations — the 40 percent of mortgages they owned — combined to force the government to provide billions in public funds to protect and sustain them. And Fannie is back, hat in hand, asking for $6.2 billion more!

The U.S. government has to get out of the business of guaranteeing the investments of GSEs because, as Reiss notes (1) the cost of the government's guarantee is hidden because it is off-budget; (2) the cost is particularly difficult to quantify; and (3) the guarantees are not capped by the government.

This nation is sharply divided between unrealistic liberal advocates of programs and agencies such as the GSEs and conservatives who correctly fear the growth of government, particularly into sectors of the economy that should remain in the hands of private institutions that must act with a measure of prudence that open checkbook of government does not permit.

Reiss's analysis states that "Fannie and Freddie reflect what is worst in GSE design." Like all elements of government, "After fulfilling their purpose of creating a national mortgage market, they have taken on monstrously large lives of their own."

It is going to require a lot of political courage to take the steps necessary to save the economy and protect it against future abuses such as Fannie and Freddie.